In 1992, Penn was famous as a mob boss named Nice Guy Eddie Cabot in Quentin Tarantino’s Reservoir Dogs. The actor then joined director Robert Altman and played Jerry Kaiser in the 22-actor ensemble movie Short Cuts (1993), in which his superb portrayal brought in a Golden Globe Special award and a Venice Film Festival award for Best Ensemble Cast. After taking part in Imaginary Crimes (1994) and To Wong Foo Thanks for Everything, Julie Newmar (1995, as homophobic cop Sheriff Dollard), the prolific actor won his second Venice Film Festival award, this time for Best Supporting Actor, for his role as Chez Tempio in the crime drama The Funeral (1996).

Penn later starred as a mysterious fugitive in the indie film The Boys Club (1997), played Clive Cod in the comedy thriller Rush Hour (1998), joined director Nick Stagliano in the dark comedy The Florentine (1999), costarred opposite Stellan Skarsgård and Paul Bettany in the comedy thriller Kiss Kiss (Bang Bang) (2000) and carried out the turn of mafia son Peter Romano in the mob comedy Corky Romano (2001). Within a year, the narrator of the reality series “AFP: American Fighter Pilot” (2002) was picked by writer David E. Kelley to play Waylon Shaw in the brief CBS drama series “The Brotherhood of Poland, New Hampshire” (2003).

Penn, whose voice was heard as Officer Eddie Pulaski in the video game Grand Theft Auto: San Andreas (2004), tried a hand at producing with the direct-to-video crime drama Juarez: Stages of Fear (2005), in which he also carried out a role. Before his death, the actor carried out the role of Tom in the adventure comedy movie The Darwin Awards (2006) and Freddie in the low budget feature Holly (2006).

In addition, he took part in Damian Lee’s upcoming drama thriller King of Sorrow, which is slated for release in 2006. Chris Penn will also be seen a year after his death in the crime thriller Aftermath (2007), starring as Tony Bricker, alongside Anthony Michael Hall and Tony Danza. 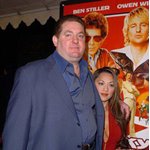