With help from manager/record company owner Lou Pearlman, the group headed to Europe and recorded their self-titled debut album (1998) with BMG Ariola Munich, which broke the charts through “I Want You Back,” “God Must Have Spent a Little More Time on You” and “Tearing Up My Heart.” The album was released in the U.S. in the spring of 1998 and became an overnight success. Later that year, the group issued the holiday album Home for Christmas (1998).

Making an entrance to the screen world, Kirkpatrick and ‘N Sync guest starred as themselves in “Clueless” (1999) and “Sabrina, the Teenage Witch” (1999). They also appeared as the street performers in the ABC series “Touched by an Angel” (1999).

After moving to the Jive Records label, the quintet broke sales’ records with the sophomore studio album No Strings Attached (2000), which spawned the best-selling singles “Bye, Bye, Bye” and “It’s Gonna Be Me.” The same year, Kirkpatrick could be seen as the pizzeria patron in the movie produced and written by Pearlman titled Longshot (2000), along with his band mates, and played himself in an episode of “Sesame Street” (2000).

‘N Sync enjoyed massive success with their next blockbuster album Celebrity (2001), which also won a Grammy. They then netted two other Grammys, one for their single “Gone,” another for their duet with Brian McKnight in “My Kind Of Girl.” However, the band members parted ways to pursue solo careers.

Kirkpatrick, who made a cameo appearance in the video for Good Charlotte’s “Lifestyles Of The Rich And Famous” (2002) and co-hosted “Miss Teen USA 2002” with pop star Willa Ford, also attempted his own solo career with a band named Little Red Monsters. He later formed another band named Nigel’s 11 and released such tracks as “My World,” “Everybody Get’s Lost” and “Say You Will.”

Meanwhile, previously making an unaccredited performance in On the Line (2001), Kirkpatrick then provided his vocals for the recurring character Chip Skylark in the Nickelodeon animated series “The Fairly OddParents” (2002-2005) and the TV film The Jimmy Timmy Power Hour 2: When Nerds Collide (2006). 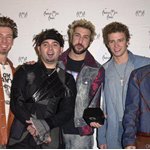 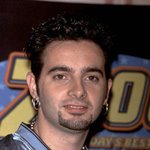 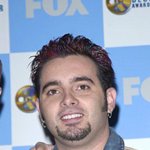 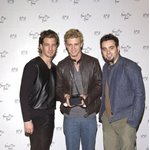 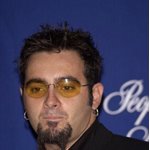 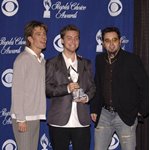 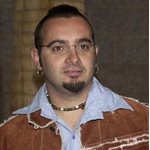 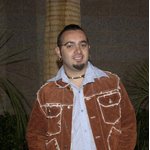