Under Warner Bros Records, Chris Isaak and his supporting band began their musical journey with the album Silvertone (1985), which did not sell very well. However, he was given a movie credit after the album’s songs “Livin’ For Your Lover” and “Gone Ridin’” was featured in the soundtrack for Blue Velvet (1986).

Isaak then made some minor stage performances before releasing a self-titled sophomore album (1987) and hitting the bottom of the UK Top 100 charts with the single “Blue Hotel.” A year later, the singer launched his second career, as an actor, in the romantic comedy Married to the Mob (1988, as the clown), for which he also sang “Suspicion of Love.”

His third album, Heart Shaped World (1989), would have fallen short if only the instrumental version of “Wicked Game” was not used by director David Lynch for his movie Wild at Heart (1990). Isaak, who played the SWAT Commander in the acclaimed thriller The Silence of the Lambs (1991), eventually received a more significant role in David Lynch’s horror thriller Twin Peaks: Fire Walk with Me (1992), as the mysteriously disappearing special agent Chester Desmond.

Besides issuing the album San Francisco Days (1993) and opening a U.S. tour for Tina Turner, Isaak was also seen as yuppie Dean Conrad, opposite Keanu Reeves and Bridget Fonda, in the drama movie Little Buddha (1993). Unfortunately, his acting effort was given a Razzie nomination for Worst New Star. In 1994, the artist became a performer in the TV special program Elvis: The Tribute and sang “Blue Moon,” along with the former guitarist and drummer of Presley’s band.

Isaak made his musical breakthrough with the platinum album Forever Blue (1995). Aside from its chart-burning single “Somebody’s Crying,” Forever Blue was famous for the song “Baby Did A Bad Bad Thing,” which was later featured in Stanley Kubrick’s last film, Eyes Wide Shut (1999), starring Tom Cruise and Nicole Kidman. “Baby Did A Bad Bad Thing” also became the theme for a Lexus commercial and was named VH1’s No. 9 Video of the 90’s. Isaak’s next album, the acoustic Baja Sessions (1996), received even higher recognition and two Grammy nominations.

Also in 1996, the actor guest starred as a librarian in the high-profile sitcom “Friends” and took on minor roles in the drama comedy Grace of My Heart (as Matthew Lewis) and the Tom Hanks-directed That Thing You Do (appeared as Uncle Bob). It was then ensued by his harder-rocking gold album Speak of the Devil (1998) and his screen role as astronaut Ed White in the HBO miniseries “From the Earth to the Moon” (1998). Working on an indie project, Isaak, who on December 29, 1999, was given Stockton’s “Key to the City,” was cast as rural sheriff Emerson in the crime drama Blue Ridge Fall (1999).

Two years later, the prolific performer hit the small screen with the self-executive produced comedy series “The Chris Isaak Show” (2001-2004). In the series, he and the Silvertone band members played themselves in a fictional plot set on their backstage lives. Soon, he earned a Television Critics Association award nomination for Individual Achievement in Comedy. In the course of the show, Isaak also had an episodic directing attempt.

Subsequent to his album Always Got Tonight (2002) and his guest performance in the series “Ed” (2003) and “American Dreams” (2004), Isaak costarred as Vaughn Stickles in the R-rated comedy A Dirty Shame (2004), alongside Tracey Ullman, Johnny Knoxville and Selma Blair. The same year, the singer released his first holiday album, Christmas (2004).

Isaak, who in 2004 was handed an ASCAP award for Most Performed Themes, recently set off the greatest hits compilation Best of Chris Isaak (2006). The album featured his classics “Somebody’s Crying,” “Wicked Game,” “Baby Did a Bad Bad Thing,” “Blue Hotel,” “Forever Blue” and “San Francisco Days,” as well as his covers of Roy Orbison’s “Only the Lonely” and Cheap Trick’s “I Want You to Want Me.” The productive musician will soon land a new studio project, on which he remarked, “I have a stack of songs for the next album and as soon as this bus stops and the tour ends we are heading back to my house and working up the rest of the record.” 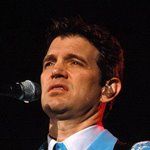 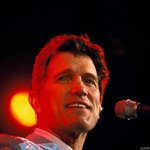 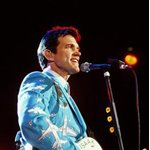