Chris Hardwick began his television career in early 1990s when he landed a hosting gig for MTV’s game show “Trashed” in 1994. Still with MTV, he had his next opportunity to be a host for a dating game show called “Singled Out,” the following year. The same year, Hardwick made his debut as an actor with a supporting role opposite Dalton James and Brooke Langton in the comedy film Beach House.

Continuing his acting career, Hardwick took on an episodic part as Dan Inwood in two episodes of the long-running comedy series “Married with Children” (1996), and had roles in movies like Paul Tarantino’s Courting Courtney (1997, starred Eliza Coyle), Art House (1998, with Dan O’Donahue) and the Adam Cohen-directed Win a Date (1998, starred as Evrett). Also in 1998, he was cast as Sean Barker in the short-lived comedy series “Guys Like Us.”

Hardwick starred opposite Larry Sullivan in the show “Battle of the Sitcoms” (2000) and acted in the clever and hilarious short Jack & Diane (2000), before resurfacing as host for “Shipmates,” a reality television series aired from 2001 to 2003. The next years, he had supporting roles in the comedy film Jane White Is Sick & Twisted (2002), the told of young woman (played by Kim Little) whose only goal in life is to appear on the Jerry Springer Show, and in a horror movie by Rob Zombie, House of 1000 Corpses (2003). He also appeared as 2nd engineer in the hit movie Terminator 3: Rise of the Machines (2003), opposite Arnold Schwarzenegger. Works in the sci-fi film Spectres and the comedy Johnson Family Vacation followed in 2004.

2005-2006 found the actor play Milos in The Life Coach, a mockumentary about the increase and fall of Hollywood’s life coach to the stars, and make guest appearance as Garth Berman-Executive Chairman in a 2005 episode of “Zoey 101” and as Mikey Shoemaker in a 2006 segment of “CSI: Crime Scene Investigation.” Hardwick, who had done voice-over work for an animation short film Performance Art: Starring Chainsaw Bob (1992), is currently voicing Glowface in the animated series “The X’s” (2005-?), a Nicktoon now airing on Nickelodeo.

In addition to acting and hosting, the comedian has also established a successful career as a standup comic. With his partner, Mike Phirman, he performs in a music comedy duo named ‘Hard ‘n Phirm.’ The two regularly perform in front of people, occasionally at such highly-touted venues as the Punch Line, the Improv, the Aspen Comedy Festival, and Seattle’s celebrated Bumbershoot Festival. They also have appeared in many TV shows, including the ABC “Jimmy Kimmel Live” and VH1’s miniseries “I Love the ‘90s: Part Deux” (2005) and “I Love the ‘70s: Volume 2” (2006). 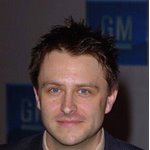