Christine Marie Evert (b. December 21, 1954 in Fort Lauderdale, Florida) is a former World No. 1 woman tennis player from the United States. During her career, she won 18 Grand Slam singles titles, including a record 7 at the French Open. She also won 3 Grand Slam doubles titles. Evert's career win-loss record in singles matches of 1309-146, or 90%, is the best of any professional player in tennis history.

Tennis career
Evert began taking tennis lessons when she was five years old from her father, Jimmy Evert, a professional tennis coach who had won the men's singles title at the Canadian Championships in 1947. By 1969, she had become the No. 1 ranked 14-under girl in the United States. In 1970, at a small tournament in North Carolina, the 15 year-old Evert served notice to the tennis world by defeating Margaret Court (who was the World No. 1 at the time and had recently completed the Grand Slam of singles titles) 7-6, 7-6. Evert made her Grand Slam debut at the US Open in 1971, aged 16. After an easy straight-sets win in the first round, she faced the US No. 4 Mary Ann Eisel in the second round and saved six match points in the second set before going on to win 4-6, 7-6, 6-1. She made two further gripping comebacks against seasoned-pros Francoise Durr (2-6, 6-2, 6-3) and Lesley Hunt (4-6, 6-2, 6-3), and progressed all the way to the semi-finals before finally losing to Billie Jean King.

Evert's game, with booming groundstrokes delivered from the back of the court, was best suited to playing on clay courts. But she quickly proved that her game had enough class to succeed and excel on all surfaces. When she first started playing as a youngster, she was too small and weak to hit backhand shots with one hand and so developed a two-fisted backhand. This became a trademark of her game and inspired generations of future players to copy her. Her tenaciousness and refusal ever to concede a point endeared her to the crowds. Her graceful appearance, good looks, quiet demeanor and gracious sportsmanship made her an immediate favourite with the media and the fans.

Evert was runner-up at the French Open and Wimbledon in 1973. A year later, in 1974, she won both those events to claim her first Grand Slam titles. Her boyfriend at the time, Jimmy Connors, won the Wimbledon men's singles title that year and media attention surrounded the "golden couple" of tennis that summer (although the relationship proved to be short-lived).

For most of the next five years, Evert was the World No. 1. She won the French Open again in 1975, and the first of four straight US Open titles by defeating Australia's Evonne Goolagong in a three-set final. She also won Wimbledon again in 1976, again beating Goolagong in the final in a thrilling three-set encounter. The rivalry between between Evert and Goolagong had fans compelled in the mid-1970s. In all, Evert won 21 of their 33 matches. Evert's domination of the women's game and her calm, steely demeanor on court earned her the nickname of the "Ice Maiden" of tennis.

A new rival to Evert's dominance emerged on the scene in the later part of the 1970s in the form of Martina Navratilova. Though good friends off the court, their fierce on-court rivalry is remembered as one of the greatest in tennis history. Evert had the best of their earlier encounters, with Navratilova eventually coming to gain the upper hand in later years of their rivalry in the 1980s. In total, the two met 80 times with Evert winning 37 matches and Navratilova 43. Both players finished their careers with 18 Grand Slam singles titles.

Though successful on all surfaces, it was on clay courts where Evert was most dominant. Between 1973 and 1979, she won a record 125 consecutive matches on the surface. She won the French Open singles title a record seven times. Two of her best victories came in three-set battles against Navratilova in French Open finals in the mid-1980s. In 1985, Evert prevailed 6-3, 6-7, 7-5 (a win which saw her capture the World No. 1 ranking for the fifth and final time). And in 1986, the 31 year-old Evert won what proved to be her last Grand Slam title by beating Navratilova 2-6, 6-3, 6-3.

Evert retired from the professional tour in 1989. During her career, she won 154 top-level singles titles and 8 doubles titles. In 1984, she became the first player to win over 1,000 professional singles matches. She won at least one Grand Slam title a year for 13 years between 1974 and 1986. Evert reached the semi-finals or better at 52 of the 56 Grand Slams events she entered during her career. She won the WTA Tour Championships 4 times and helped the United States win the Fed Cup 8 times. Evert was voted the Associated Press Female Athlete of the Year on four occasions and received Sports Illustrated magazine's "Sportswoman of the Year" award in 1976. In 1995, she was unanimously elected into the International Tennis Hall of Fame following a worldwide ballot of 185 sports journalists.

Personal life
Evert's romance with the top men's player Jimmy Connors captured the public's imagaination in the 1970s, particularly after they both claimed the singles titles at Wimbledon in 1974. They became engaged, but the storybook romance did not last. Their relationship became strained and a wedding planned for October 1974 was called off.

In the years that followed, Evert was romanticly linked with several other high-profile men. She dated, among others, actor Burt Reynolds, Jack Ford (son of US President Gerald Ford) and had an affair with the married British rock star Adam Faith.

In 1979, Evert married the British tennis player John Lloyd (and for many years she was known as Chris Evert-Lloyd). However the marriage ended in divorce in 1987. 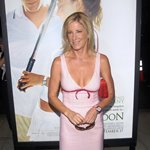 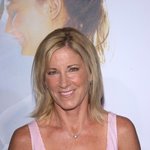 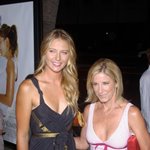 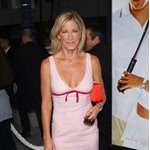 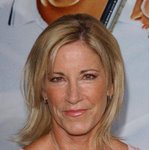 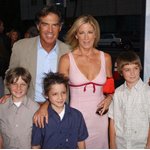 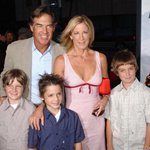 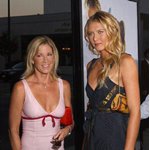