Growing up in Rockville, Maryland, Chris Carmack enjoyed partaking in all types of sports, but at a high school, he shifted gears to acting and started working avidly on three productions a year, on stage and off, as well as competed in dozens of drama festivals. Upon graduating, he headed for New York to pursue a degree in Arts at New York University’s Tisch School, but dropped out after two years.

While in New York, Carmack was spotted by a modeling scout who encouraged him to try his hand in modeling. Deciding to have a go with the profession, he received the offer to become a spokesperson for Abercrombie & Fitch. A year later, he further achieved popularity with his appearance on the Guess? Spring 2000 campaign, which was shot in Wailea, Hawaii. Other modeling assignments followed, such as appearing in catalogues and editorials Lord and Taylor, Target, Macy’s, Who A U, ELLE France, Nautica and Cosmo Girl.

After two years, Carmack left New York City for Los Angeles to launch a career in acting. During his early years in L.A, he took some private acting classes after which he departed about 50 commercials before he got his first commercial, the KIA spot. Carmack achieved first notice as an actor in 2003 when he was cast as series regular Luke Ward in the early season of the Josh Schwartz-created series “The O.C,” a gig he held until 2004. Despite his series commitments, he also appeared with Dennis Hopper in the made-for-TV film The Last Ride and acted in the direct-to-video-release Bring It on Again (both 2004).

Carmack then starred with Amanda Bynes and Jonathan Bennet in Lovewrecked (2005), an adventure movie helmed by Randal Kleiser, had guest roles in 2005 episodes of the popular series “Smallville” (as Geoff Johns) and “Jake in Progress” (as Jared Rush), as well as made a short film, Candy Paint (2005), where he was featured as a football player. Still in 2005, he also starred in the miniseries “Beach Girls,” opposite Rob Lowe, Julia Ormond and Chelsea Hobbs, and emerged as the spokes model for Ezra Fitch, the newest offspring brand from Abercrombie and Fitch.

The good-looking player returned to series TV as a regular in The WB’s ensemble drama “Related” (2005-2006), starring Jennifer Esposito and Kiele Sanchez. There, he plays Alex. His most recent film role is as David Pennington in the romantic-comedy Just My Luck, which was released in May 2006. The film also stars Lindsay Lohan, Chris Pine, and his former O.C. co-star Samaire Armstrong. He will be cast opposite Sarah Michelle Gellar and Alec Baldwin in director Marc Klein’s The Girls’ Guide to Hunting & Fishing (2007). 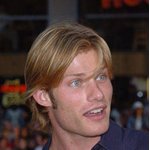 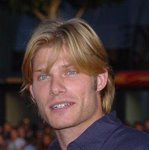 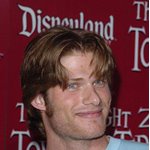 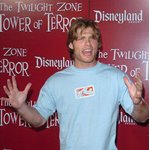 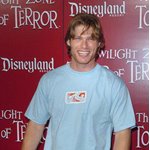