Daughter of actors, Chiara Mastroianni made her first film appearance at age 7, when she had an uncredited part in the Canadian/French made À nous deux, starring her mother, actress Catherine Deneuve. She, however, did not appear in another movie until fourteen years later when she was cast in the supporting role of Anne in director/writer André Téchiné’s My Favorite Season/ Ma saison préférée, a drama starring her mother and Daniel Auteuil. Delivering an impressive performance, 22-year-old Mastroianni was handed a César nomination for Most Promising Actress.

Her rising profile was confirmed when she landed a role in the Robert Altman ensemble comedy Ready to Wear/ Prêt-à-Porter (1994), where she costarred with her father, as well as opposite popular actresses Sophia Loren and Kim Basinger. The film brought Mastroianni a National Board of Review for Best Acting by an Ensemble in 1994. Two years later, the talented performer won her first starring role, as Claire, in Diary of a Seducer/Le Journal d’un Seducteur, a romantic comedy inspired by ‘The Seducer’s Diary’ chapter from Soren Kierkegaard’s first foremost text Either/Or. The film also marked Mastroianni’s initial collaboration with costar Melvil Paupaud. Later that same year, the two rejoined for the comedy Three Lives and Only One Death, in which she portrayed a daughter of her real-life father in one of his last films.

In addition to playing supporting roles in some French films, Mastroianni appeared as Kriss, S&M Girl #1 in Nowhere (1997), a drama/ sci-fi film helemd and written by Greg Araki, before taking break to give birth to her first child. She made her return to cinematic industry to star in director Manoel de Oliveira’s The Letter/A Carta (1999), based on a novel by Madame de La Fayette. Also in 1999, she re-teamed with Melvil Paupaud in her mother starring vehicle Time Regained, for director Raul Ruiz.

A supporting role opposite Jonathan Firth, Richard Anconina and Frédéric Diefenthal in the thriller Six-Pack is Mastroianni’s opening movie in the new millennium, before she teamed up with Mike Figgis for his comedy film Hotel in 2001, where she played hotel nurse. After flying to Italy to film Le Parole di Mio Padre (2002), she took on the lead in Delphine Gleize’s consistent drama Carnages (2002), a winner at several international festivals.

Mastroianni starred as Bianca in the comedy/drama It’s Easier for a Camel/ Il Est Plus Facile Pour un Chameau (2003), a year after her wedding and having her second child. She followed it up with a short hiatus and resurfaced in 2005 to support Jean Rochefort and Nader Boussandel in Akoibon, a comedy/adventure film by Edouard Baer. In 2007, she will provide the voice of Marjane in the animated movie Persepolis, also starring her mother. 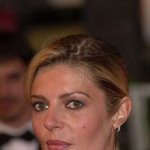 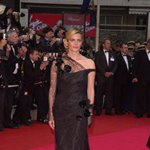 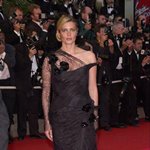