Chelan was born a performer. At the age of 2 and a half, Chelan was watching a tv commercial and all of a sudden called out “Mommy, I want that!” Mom was asking questions like “you mean you want that cereal?” “No” Chelan exclaimed! “You mean you want those hair clips” her mom asked. “No Chelan exclaimed enthusiastically! Mom couldn’t figure out what Chelan was wanting, and her Dad asked her “You mean you want to be like that little girl on tv? Chelan said “Yes”. So her Mom called up a friend that owned a Talent agency, Ramona Beauchamp. Ramona said that Chelan is too young to know all the hard work involved, and if she really wanted to do that, she should wait at least until she was six years old.

Chelan drove her mom crazy with pleading to do it, until she was finally five and a half. Her mom picked up the newspaper, and found a talent agency that said it was looking for children for modeling and television work. Mom called Charles Stuart Agency in Vancouver and arranged an interview with an agent. It was explained that agencies only take very outgoing personalities and not just any child, that they needed a child to be well behaved and able to memorize and of course be very photogenic.

Chelan took a modeling/acting course for six weeks and after graduation, was asked to audition for a “Back to School” commercial for Woodward’s store. Well Chelan landed the lead in it but was unnerved that a boy had to kiss her cheek. This was the first of over thirty television commercials she appeared in.

Chelan’s first movie was Steven King’s “IT”, with John Ritter, Richard Thomas and Tim Curry (to name a few). Chelan was the little girl on the tricycle singing “The Itsy Bitsy Spider”, and of course “IT’s first victim.

Chelan is now 23 years old and her resume has grown with her latest projects being Final Destination 3, Dr. Doolittle 3, John Tucker Must Die, and guest staring roles on the Super Natural and Smallville. She is now with the largest agency in Vancouver, Pacific Artists.

Acting is what Chelan loves to do. It is her passion for acting that keeps her rising to the top. 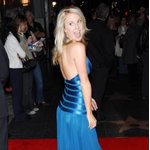 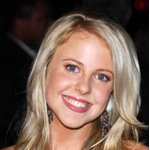 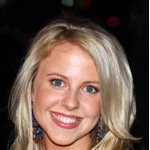 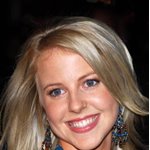