As a daughter of celebrities, Chastity Bono had her first exposure onscreen in her parents’ TV show, “The Sonny and Cher Comedy Hour” (1973-1974). She then became a regular performer in Sony Bono and Cher’s post-divorce variety series “The Sonny and Cher Show” (1976). She later appeared with her father in the TV special Rockin’ the Night Away (1988).

Trying to follow in her parents’ footsteps, Bono set up a band called Ceremony and released an album with the band in 1993. The attempt fell short immediately, causing the group to be dropped from the record label. A year later, Bono was seen in the romantic comedy about the life and love of a group of lesbians in Bar Girls (1994), where she took a minor role as Scorp.

Bono, who in a 1990 interview with tabloid “The Star” denied her homosexuality, eventually declared her sexual orientation five years later on the front cover of the leading US gay magazine “The Advocate.” The statement led her to become a writer for “The Advocate,” a consultant on lesbian and gay issues for various US organizations and a speaker for many discussion groups about the consequences of coming out.

Recently, Bono was seen in the “Chastity’s Workout Ambush” episode of the reality series “Celebrity Fit Club” (2006). She also turned up in the TV documentary program 20 Greatest Celebreality Moments (2006). 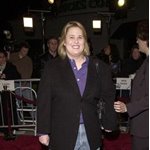