Charmane was born in the Philippines but moved to California with her family at age two. She grew up in San Francisco, San Diego and Sacramento with seven brothers and one sister. Charmane became a nude model soon after turning 18 and made her adult film debut in 1998 but left four years later to manage a night club in Milwaukee, Wisconsin with her ex-boyfriend. She recalls that managing the night club was "20 times harder" than adult films. When not working long hours at the night club, she managed to do single girl photo-shoots.

Charmane returned to film in 2003 and promptly opened up a website. Charmane mainly performs boy/girl and girl/girl scenes but rarely does boy/girl/boy scenes indicating that they were "too much". She has become one of the top Asian performers in adult film. Like many performers she dances in strip clubs and made her debut in December 2004 at Club Paradise in Honolulu, Hawaii with Teanna Kai.

As a hobby, she collects sculptures and paintings, and aims to own an art gallery someday. As of 2005, she is learning to be a disc jockey. Her contacts with professional DJs as well as her background owning a night club have no doubt contributed to this new hobby.

Charmane also poses for more niche fetish pictorials and videos, including those focusing on fishnet stockings, high heels and smoking.

More recently, she has done work as an import model at various car shows. Charmane is currently a host, along with Andrea Lowell, of the mobisode series Bikini Cocktail. 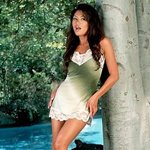 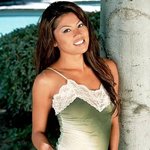 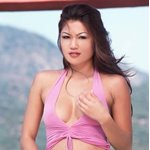