Deciding to pursue a singing career at the age of 16, Chante Moore, with contracts from her musician brother, recorded demos at home and promoted them to primary labels. It was finally paid off and in the late 1980s, Warner Brothers Records signed her. Without any specific reasons, Moore, however, was soon set free after working on a debut album that was never released. Also a fruitful beauty pageant contestant and model at that time, the 22-year-old girl caught the attention of the late Louil Silas, a record executive who had begun his own label named Silas Records, then distributed by MCA. Recognizing her musical talent, they immediately offered her a contract.

On September 29, 1992, Moore released her debut album titled Precious, which was a massive hit and sold about 2 million copies worldwide. Thanks to the successful songs like “Love’s Taken Over” and “It’s Alright,” the debutant achieved her prominence in the United States and Europe. The album, which reached No. 20 at R&B charts, finally received Gold certification from RIAA. As for Moore, she was handed a 1992 NAACP Image nomination for Outstanding New Artist.

With the fame she gained from the success of her first album, Moore found herself performing at the Essence and Soul Train awards and in a first-of-its-kind special on BET. She was also invited to sing at a tribute for Marvin Gaye and the special “Divas Simply Singing.” In the midst of her hectic schedule, she launched a sophomore album, A Love Supreme, in 1994. It spawned such hit singles as “Old School Lovin,” “I’m What You Need and “Free.” Though the album received lower victory than its predecessor, true devotees cannot reject the raw emotion and steadiness of each track on the album.

The next year, Moore garnered a number of recognitions for her contribution on the soundtrack of Waiting To Exhale, in which she sang “Wey U.” For her efforts, the singer won shared awards like an American Music for Favorite Soundtrack in 1997 and a NAACP Image for Outstanding Soundtrack Album in 1996, and earned a Grammy nomination for Album of the Year in 1996. Moore continued appearing on soundtrack for How Stella Got Her Groove Back (1998) before making her return to her recording studio with the release of her third album, This Moment Is Mine, in 1999. Its single, “Chante’s Got a Man,” peaked at No. 2 on the Billboard Hot R&B Singles chart and No. 10 on the Billboard Hot 100, as well as sold more than 500,000 copies. Besides, the song brought her a nomination for Single of the Year, Female at the 2000 Soul Train Awards. But, she lost the award to Lauryn Hill.

Moore’s follow-up album, Exposed, hit the music shelves in 2000. With a music video that featured her naked in bed, seducing the camera, she received the furthermost amount of press. She hit top 20 on the Euro Hot 100 with the single “Straight U.” The following year saw Moore work for the soundtrack of Two Can Play That Game. In 2002, she took home a Soul Train for Best R&B/Soul Single, Group, Band or Duo for the single “Contagious,” featuring The Isley Brothers and & R. Kelly. She also appeared on the hit UPN show Girlfriends, singing Minnie Riperton’s “Lovin’ You” and sang on Kenny G’s single “One More Time,” that same year.

A year after marrying fellow famed singer Kenny Lattimore, Moore and her husband worked together for a love song album named Things That Lovers Do, which was released on February 11, 2003 and received many rave reviews. Its hit single included “Lovable,” “Here We Go” and “You Don’t Have to Cry.” Moore continued with the compilation album, 20th Century Masters-The Millennium Collection: The Best of Chante Moore, in 2004.

Recently, Asian musician Hyori remade Moore’s single “Straight Up.” The track became a top ten hit in Korea. In 2006, Peak Records executive and founder verified that Moore has signed a record deal with the independent label. She is now working on her studio for a new album set for release in early 2007. 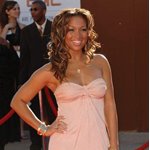 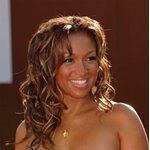 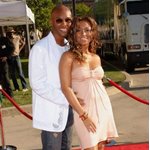 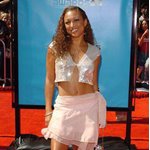 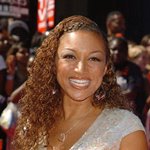 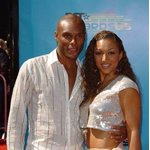 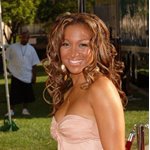