Chad Lowe initially appeared in several off-Broadway productions such as “Grotesque Love Songs,” the Public Theatre staging of “Coming of Age in Soho” and the Williamstown Festival revival of “Huckleberry Finn.” In 1984, he received a small part in the TV docudrama Flight 90: Disaster on the Potomac (1984) and made an unaccredited appearance as a computer hacker in the romantic comedy movie Oxford Blues (1984), which starred his brother.

Acquiring the titular role in the NBC teen sitcom “Spencer” (1984), Lowe quickly left the series after six episodes, reportedly due to a salary dispute and/or creative differences. He was then seen as Josh Sydney, the son of Elizabeth Taylor’s character, in the TV movie version of James Kirkwood’s play There Must Be a Pony (1986), before costarring opposite Donald Sutherland in the mystery movie Apprentice to Murder (1988). His performance as Donny Trueblood in the little-seen True Blood (1989) was underrated, but he fared better as Stephen/Stephanie in the romantic comedy Nobody’s Perfect (1990).

Returning to L.A., Lowe joined the cast of the acclaimed family drama series “Life Goes On” (1991-1993) for its last two seasons, playing HIV-positive artist Jesse McKenna. Thanks to his impressive portrayal, the actor soon collected an Emmy and a Viewers for Quality Television for Best Supporting Actor. While working with the series, Lowe also took the supporting turn of Kippie Petworth in the TV drama An Inconvenient Woman (1991), starred as Charlie Sykes in the horror comedy Highway to Hell (1992) and costarred with Alyssa Milano in Candles in the Dark (1993, TV, as Jaan Toome).

The performer next had roles in the western TV movie Siringo (1994, played Winton Powell), the western series “Snowy River: The McGregor Saga” (1995, guest starred as Sam Taylor) and the drama Driven (1996, appeared as LeGrand). In late 1996, he began appearing as Carter Gallavan in “Melrose Place” (1996-1997). Following his performance in Suicide, the Comedy (1998, as JJ), Lowe carried out the leading role of Stan Warden in the TV mystery thriller The Apartment Complex (1999) and the recurring part of Craig Spence in “Now and Again” (1999-2000).

Exploring his cinematic skills, Lowe helmed the short film The Audition (2000), where he also appeared onscreen with wife Hilary Swank and actress Brittany Murphy. After appearing in “Law & Order: Special Victims Unit” (2001), the filmmaker made his sophomore effort in directing with the short movie The Space Between (2002). It led to his helming the crime drama series “Hack” (2002-2004) and an episode of “Law & Order: Special Victims Unit” (2003).

Previously giving engaging performances in Unfaithful (2002) and Red Betsy (2003, played Orin Sanders), Lowe took guest roles in a number of TV series, including “Without a Trace” (2004, also helmed a 2006 episode) and “Medium” (2005). Still on the small screen, he starred as Phillip Fielder, a narcissistic bachelor suddenly nurturing his 8-year old nephew, in the drama Fielder’s Choice (2005).

Lowe’s next directing effort, the drama comedy Beautiful Ohio, is scheduled for release in 2006. Centering on a family living in the 70s, the movie will feature William Hurt, Rita Wilson, Michelle Trachtenberg and Julianna Margulies. 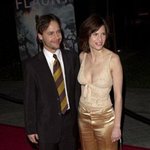 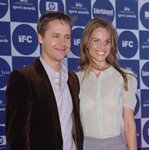 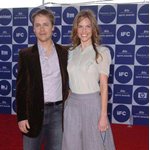 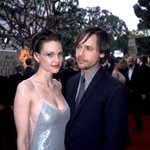 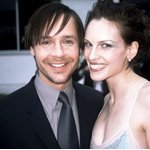 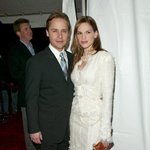 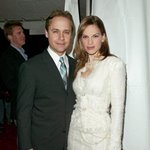