Cheung was born in Hong Kong to a Chinese father and an English-Chinese mother. Her father is an active member of a local gang. Her parents divorced when she was just a child to which after she was sent to Australia to live with her aunt at the age of fourteen. Cheung has an elder half-sister Dai Pek Chi, two younger brothers, Cheung Ho Lon (張浩龍)and Cheung Pak Man (張柏文) and also a younger half-brother from her father's side.

In 1998, while helping a hair salon friend at a catwalk show, she was noticed and offered to appear in a TV commercial advertising lemon tea. Later, Cheung made her film debut as a young nightclub hostess in Stephen Chow's The King of Comedy (1999), followed soon after by Fly Me to Polaris (1999). The latter role earned her the award for Best Newcomer at the Hong Kong Film Awards. In the same year, Cheung launched her singing career with her first Cantopop album Any Weather (1999).

For Derek Yee's romantic drama Lost in Time (2003), Cheung won Best Actress at the Hong Kong Film Awards. She played a young woman who lost her fiance to a traffic accident which left her as a grieving single mother struggling to make ends meet.

Cheung is well-known as a girl that is crazy in love. Cheung first dated Hong Kong actor and singer, Nicholas Tse in early 2002 but was then dumped by Tse late that year, when Tse got back with his ex-girlfriend, singer Faye Wong. Later she was rumored to have dated a younger Siyuan Lu before the relationship ended in 2003. Cheung suffered serious depression and eating disorder after the break up.

Cheung and Tse were first reported "getting back together" in early 2006 and on July 31, 2006, Tse officially admitted dating Cheung in an interview with Hong Kong commercial radio station 881/903.

In September 2006, Tse showed off his wedding ring at the Hong Kong International Airport, announcing he and Cheung were married in a secret wedding ceremony in the Philippines.

On the January 8, 2007 episode of TVB's Entertainment Scoop (東張西望), Cheung was publicly confirmed by Nicholas' father, Patrick Tse to be approximately three months pregnant with the couple's first child

Around March 2007 on the episode of TVB's Entertainment Scoop (東張西望)it is said that their child is due in August (N.B which is the same month as Tse's birthday). Rumors has it that, the couple is expecting a boy, however this is not considered as truth. 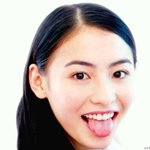 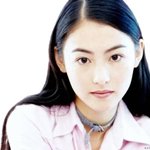 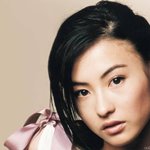 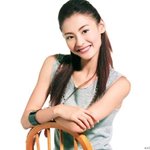 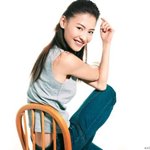 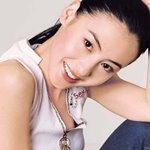 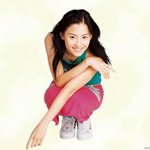 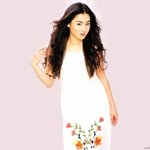