Keener officially broke into films with one line in About Last Night (1986). Although she struggled professionally the next few years, one low-quality project had an unexpected dividend. Keener met actor Dermot Mulroney working on Survival Quest (1989) when Mulroney got himself stuck trying to scale a cliff. The two dated and then married in 1990.

She then guest-starred as an artist on an episode of Seinfeld called "The Letter". She played Jerry's girlfriend, an artist who painted the infamous portrait of Kramer. Keener then earned her first starring role in Johnny Suede with the then unknown, Brad Pitt. Her performance gained critical acclaim and earned her her first Independent Spirit Award nomination for Best Female Lead. She later went on to work with director Tom Dicillo, again, in Living in Oblivion (1995). Through another two years of movies she again was nominated for an Independent Spirit Award for her performance in Walking and Talking, an independent cult-comedy film. Critics fell in love with Keener's ability to act so naturally on the screen.

In 2000, Keener earned her first Oscar nomination for Best Supporting Actress for her role in Being John Malkovich. In 2001, she again worked with director Nicole Holofcener in Lovely and Amazing garnering her a third Independent Spirit Award nomination. In 2002, she co-starred with Edward Norton in the off-Broadway revival of Burn This and the films Full Frontal, S1m0ne, and Death to Smoochy, all of which were box office disappointments, but since have gained a following of fans. In 2005, she made a huge comeback starring in the 2005 political thriller The Interpreter, The Ballad of Jack and Rose, and was the love interest of the main character in The 40-Year-Old Virgin.


Keener with Jake Gyllenhaal in Lovely & Amazing (2001)Keener's performance as Harper Lee in Capote (2005) earned her several awards and nominations, including her second Oscar nomination for Best Supporting Actress. In 2006, she starred in the film Friends with Money, directed by Nicole Holofcener, with friend Jennifer Aniston.

In 2007, she will star in the film An American Crime, the true story of Gertrude Baniszewski, a middle aged mother who tortured and killed Sylvia Likens in her Indiana home. The movie is already creating a stir online with dedicated fans, and much Oscar buzz, and is slated for a 2007 release. Keener will play Baniszewski. Also, in 2007, she will play Jan Burres in the movie adaption of the book, Into the Wild, directed by Sean Penn. 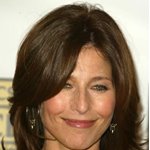 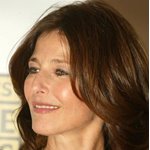 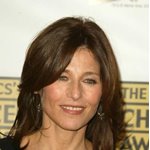 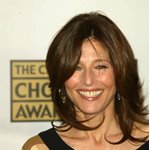