Brooks & Dunn are an American country music duo, consisting of singer-songwriters Kix Brooks (born Leon Eric Brooks III, May 12, 1955 in Shreveport, Louisiana) and Ronnie Dunn (born Ronald Gene Dunn, June 1, 1953 in Coleman, Texas). Both Kix and Ronnie had worked as singer-songwriters before the duo's formation, charting singles of their own in the late 1980s.

The duo made its debut in 1991 with their first four singles all reaching the top of the U.S. Billboard country music charts. Their debut album, Brand New Man, was released the same year and was certified 6x platinum by the RIAA. Brooks & Dunn have had more than 40 singles on the country music charts, 20 of which have reached number one. They have recorded ten studio albums, two greatest-hits compilations, and a Christmas album.

Brooks & Dunn also won the Country Music Association Vocal Duo of the Year award every year between 1992 and 2006, except for 2000 when Montgomery Gentry took the honor. In addition, Brooks & Dunn won the Entertainer of the Year award in 1996. Two of the duo's singles have also been named as Billboard magazine's Number One country singles of the year: "My Maria" (1996) and "Ain't Nothing 'Bout You (2001). Since early 2006, Kix Brooks has also hosted American Country Countdown, a nationally syndicated radio program which counts down the Top 40 country singles in the United States as determined by the Billboard Hot Country Songs charts. 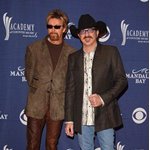 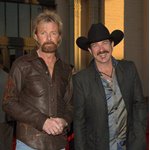 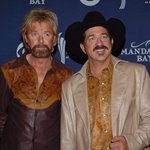 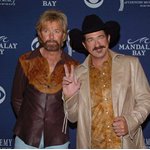 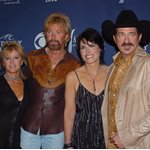 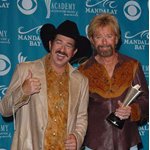 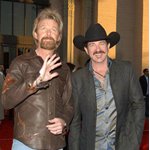