Nielsen began her acting career in 1985, in Red Sonja

Nielsen started a short-lived music career shortly after her divorce from Sylvester Stallone in 1987. She released her debut album "Every Body Tells A Story" in that year and recorded a duet with Austrian pop sensation Falco called "Body Next To Body" which went to #22 in Germany and #6 in Austria. She released a follow-up album, "I'm the one..nobody else", in 1992, although it was also not a success. In 1999 she made a musical comeback by recording the dance track "No more turning back" under the pseudonym of Gitta and reached #1 in Spain and topped other several European dance charts. Other tracks recorded as Gitta were 2000's Tic Toc and 2001's You're no lady, a collaboration with Ru Paul.


Brigitte Nielsen as Red Sonja (1985)In the late 1980s, Marvel Comics approached Brigitte to pose for photographs dressed as the comic book character She-Hulk. Brigitte had previously impressed the company with her prior portrayal of their character Red Sonja and they hoped she would prove just as successful in a new movie venture. Unfortunately the photos did not produce a large amount of investors in the potential film and Marvel was forced to scrap the project.

In the 1990s, she hosted an English-language talk show that was broadcast across Europe, to much acclaim. The show revived public interest in Nielsen and helped her brush off the misconception that she could only be known for her beauty.

She appeared on the first season of the Italian version of The Mole (2004) and on the third season of the VH1 reality show The Surreal Life 2004. In the show, Nielsen was seen flirting with Public Enemy rapper Flavor Flav and it was confirmed that they were a couple, even though she was still legally married to Raoul Meyer. The show was such a success, due mainly to the interplay between this unusual couple, that VH1 produced a spin-off reality show called Strange Love, which began airing on the channel on January 9, 2005. Nielsen also appeared with Flav on the VH1 Big in '04 Awards. In 2006, she guest-starred on Flav's other reality show, Flavor of Love.

In 2004 she appeared in the Danish Big Brother VIP, one year later in January 2005 she was also a contestant in the British equivalent Celebrity Big Brother along with her former mother-in-law Jackie Stallone and the writer Germaine Greer.

In 2006 she appeared in another reality TV series, VH1's The Surreal Life: Fame Game. 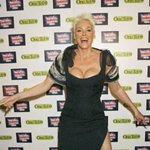 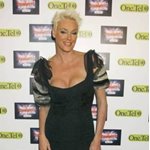 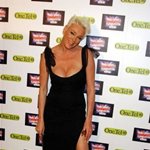