Due to a lack of funding for his family-owned team, Vickers was hired to replace Ricky Hendrick in the #5 GMAC Chevrolet, owned by Hendrick Motorsports. Vickers won three races in 2003, and won the Nationwide Series championship by 14 points over David Green, becoming the youngest champion in the history of the series at age 20. Vickers made his Cup debut at the 2003 UAW-GM Quality 500, qualifying 20th and finishing 33rd in the #60 Haas Automation Chevy. He ran four more races that season in Hendrick's #25 UAW Delphi Chevy, qualifying in the top-5 each time, but posting only one top-20 finish.

In 2004, Vickers ran the #25 in the Cup series full-time, carrying sponsorship from Ditech and GMAC. He won two poles, had four top-tens, and finished third to Brendan Gaughan and Kasey Kahne for Rookie of the Year. The next season, Vickers won the NEXTEL Open exhibition race, which qualified him for the annual All-Star Challenge, in which he finished third. Vickers finished the year 17th in Cup points, scoring ten top-tens, including his then-career best finish of second at the Pocono 500. He also returned to the Nationwide Series in a limited capacity in 2005, driving in six races, and finishing third at Watkins Glen.

The season 2006, statistically, was Vickers' best yet. Vickers finished 7th in the Daytona 500, gathered nine top-tens, and got his first victory at the UAW Ford 500 at Talladega Superspeedway. However, the season was marred by conflicts within Hendrick Motorsports. On June 25, Vickers announced that he would leave Hendrick and drive for the new Team Red Bull team in 2007. In the UAW-Ford 500, Vickers was running third when he bumped teammate Jimmie Johnson on the last lap, causing both Johnson (who was second), and Dale Earnhardt, Jr., the leader, to spin out. Vickers went on to score his first victory. Johnson was livid with Vickers, and both he and his crew chief Chad Knaus questioned Vickers' motives with the bump, [1], with Knaus stating that Vickers had "run out of talent" prior to wrecking his teammate.[2] However, both Johnson and Vickers had a long discussion about what had happened and decided that it was best to move on. This was easily conveyed when Vickers came to congratulate Johnson and Johnson gave him a hug when Johnson won the Nextel Cup championship at the Ford 400. 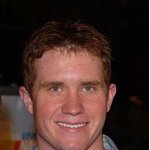 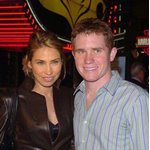