Billy Crystal was born on March 14, 1948 in Long Beach, Long Island, New York. He was the youngest of three sons born to Jack and Helen Crystal. His father was a well-known concert promoter who co-founded Commodore Records and his mother was a homemaker.

With his father in the music business, Billy was no stranger to some of the top performers of the time. Legends such as Billie Holiday, Pee Wee Russell, and Eddie Condon regularly stopped by the Crystal household.

At age 15, Billy faced a personal tragedy when his father died of a heart attack at the relatively young age of 54. This gave Billy a real appreciation of what his dad was able to accomplish while alive and what his mother did to keep the family together.

Despite this tragedy, Billy was very upbeat and likeable as a kid. He had a unique talent for making people laugh. With television becoming a new medium, Billy got his influence from shows like "The Honeymooners" (1955), and "The Ed Sullivan Show" and performers like Alan King, Ernie Kovacs and Jonathan Winters. He started doing stand-up comedy at the age of 16.

However, his real dream was to be a professional baseball player. His idol growing up was Yankees outfielder Mickey Mantle. He spent long hours in the summers playing softball in the middle of Park Avenue with his brothers and his late father, a former pitcher at St. John's University . At Long Beach High, Billy played second base and was varsity captain in his senior year. This earned him a baseball scholarship from Marshall University in West Virginia which he accepted. However, he would never end up playing a game as the baseball program was suspended during his freshman year. This would lead him to leave the university and move back to New York.

He then enrolled at nearby Nassau Community College, majoring in theater. It was there that he met and fell in love with a dancer named Janice Goldfinger. They would get married in 1970 and have two daughters.

Shortly after, Billy got accepted in New York University, where he majored in Film and TV Direction. While at NYU, he studied under legendary filmmaker Martin Scorsese. He also worked as house manager and usher on a production of "You're A Good Man, Charlie Brown".

After receiving a Bachelor of Fine Arts from NYU in 1970, Billy temporarily worked as a substitute teacher until he was able to get gigs as a stand-up comic. He formed his own improv group, 3's Company, and opened for musicians like Barry Manilow. His impression of Howard Cosell interviewing Muhammad Ali became a huge hit with the audience.

He left Long Beach for Hollywood in August of 1976 in the hopes of trying to land a role on a television series. It only took a year before he got his big break when he was chosen for the role of gay character Jodie Dallas on the controversial ABC sitcom "Soap" (1977). This would be the first time that an American TV show would feature an openly gay character as a regular. The show ran successfully for four seasons and helped to jump-start Billy's previously stagnant career.

After "Soap" (1977) ended in 1981, Billy continued to do his stand-up routine, which was now attracting a larger audience with his growing celebrity status. During this time, he made many TV guest appearances and even hosted his own short-lived variety show, "The Billy Crystal Comedy Hour" (1982). He became a regular on "Saturday Night Live" (1975) in 1984 where his Fernando Lamas impression with the catchphrase "You Look Mahvellous" was a huge hit with viewers. This would lead to appearances in feature-length films such as Running Scared (1986) and Throw Momma from the Train (1987).

In 1986, along with Whoopi Goldberg and Robin Williams, he started Comic Relief, an annual stand-up comedy show which helped to raise money for housing and medical care for the homeless. The show has since grown substantially with the continued support of all three comics.

Billy's career would peak in the late 1980s and early 1990s. His roles in the blockbuster movies When Harry Met Sally... (1989) and City Slickers (1991) helped to establish himself as one of Hollwood's top movie stars. This star status was further validated when he was chosen to host the annual Oscars in 1990, an honor in which he would repeat seven more times.

He made his big screen directorial debut in the 1992 film Mr. Saturday Night (1992), which was about a washed-up stand-up comic who refuses to retire. He also wrote, produced and starred in the film. Although the film was not a huge hit, it proved that Billy was much more than an actor and comedian.

In 2001, Billy parlayed his childhood love of baseball and Mickey Mantle into a feature film. The movie, 61* (2001) (TV), which premiered on HBO, centered on the relationship between Mantle and Roger Maris and their 1961 pursuit of Babe Ruth's home run record. The film for which Billy served as director and executive producer, garnered 12 Emmy nominations in all.

Offscreen, Billy remains married to Janice Crystal and they have homes in California and New York. Both of his daughters are currently involved in the film business. Jennifer Crystal is an aspiring actress, appearing in 61* (2001) (TV), while Lindsay Crystal is an aspiring filmmaker, creating and directing the documentary My Uncle Berns (2003). 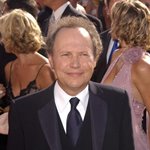 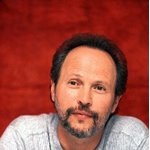 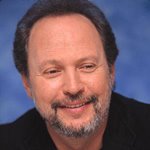 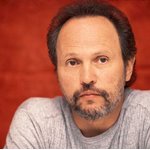 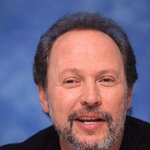 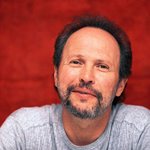 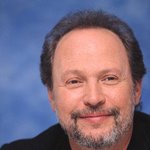 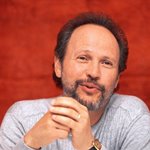