Bill Maher was born in New York City and grew up in River Vale, New Jersey. His Irish Catholic father, William, was a news editor for NBC News. His Jewish mother, Julie, was a nurse. Maher was raised in the Catholic faith. While attending Cornell University, he decided to try stand-up comedy. His first stand-up routine was in a Chinese restaurant on Route 17 in Paramus. Maher soon landed a regular at Catch a Rising Star in New York City. After a few years, he then became a regular host at the club and was spotted by a scout for "The Tonight Show Starring Johny Carson". Maher made numerous appearances on the show and he had looked up Carson since childhood. But he always felt constrained by the rules of network television. During this time, he appeared in films and made guest appearances on numerous sitcoms.

In 1993, Maher was offered his own talk show by Comedy Central in New York. Maher developed the show as a round table discussion on current events. "Politically Incorrect" premiered to critical acclaim and attracted major celebrities as well as politicians and pundits. In 1997, the show moved to ABC in Los Angeles where it aired to continued success. On September 17, 2001, Maher made controversial comments regarding the terrorists who orchestrated the September 11 attack on the US. Sponsors pulled their ads and affiliates refused to air the show. ABC canceled the show in 2002 citing low ratings. Maher had nominated for 11 Emmys for his work on the show. In 2003, Maher was able to continue his television work with a similar program on HBO titled "Real Time with Bill Maher". He remains single and lives in Los Angeles. 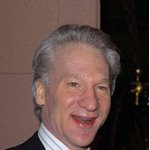 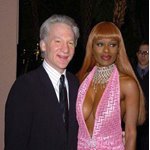 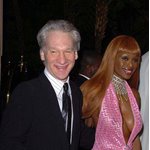 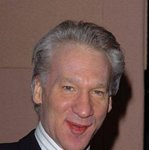