Benicio Del Toro emerged in the mid-'90s as one of the most watchable and charismatic character actors to come along in years. A favorite of film buffs, Del Toro gained mainstream public attention as the conflicted but basically honest Mexican cop in Steven Soderbergh's Traffic (2000). Born in Puerto Rico on February 19, 1967, Benicio is the son of lawyer parents Gustavo and Fausta Sanchez Del Toro. His mother died when he was young, and his father moved the family to a farm in Pennsylvania. A basketball player with an interest in acting, he decided to follow the family way and study business at the University of California in San Diego. A class in acting resulted in his being bitten by the acting bug, and he subsequently dropped out and began studying with legendary acting teacher Stella Adler in Los Angeles and at the Circle in the Square Acting School in New York City. Telling his parents that he was taking courses in business, Del Toro hid his new studies from his family for a little while. During the late 1980s he made a few TV appearances, most notably in an episode of "Miami Vice" (1984) and in the NBC miniseries "Drug Wars: The Camarena Story" (1990) (mini). Del Toro's big-screen career got off to a slower start, however--his first role was Duke the Dog-Faced Boy in Big Top Pee-wee (1988). Things looked better, however, when he landed the role of Dario, the vicious henchman in the James Bond film Licence to Kill (1989). Surprising his co-stars, Del Toro was, at 21, the youngest actor ever to portray a Bond villain. The potential break, however, was spoiled as the picture turned out to be one of the most disappointing Bond films ever; it was lost amid bigger summer competition.

Benicio gave creditable performances in many overlooked films for the next few years, such as The Indian Runner (1991), Christopher Columbus: The Discovery (1992) and Money for Nothing (1993). His roles in Fearless (1993) and China Moon (1994) gained him more critical notices, and 1995 proved to be the first "Year of Benicio" as he gave a memorable performance in Swimming with Sharks (1994) before taking critics and film buffs by storm as the mumbling, mysterious gangster in The Usual Suspects (1995), directed by Bryan Singer. Del Toro won an Independent Spirit Award for Best Supporting actor for the role in the Oscar-winning film. Staying true to his independent roots, he next gave a charismatic turn as cold-blooded gangster Gaspare in The Funeral (1996) directed by Abel Ferrara. He also appeared as Benny Dalmau in Basquiat (1996), directed by artist friend Julian Schnabel. That year also marked his first truly commercial film, as he played cocky Spanish baseball star Juan Primo in The Fan (1996), which starred Robert De Niro. Del Toro took his first leading man role in Excess Baggage (1997), starring and produced by Alicia Silverstone. Hand-picked by Silverstone, Del Toro's performance was pretty much the only thing critics praised about the film, and showed the level of consciousness he was beginning to have in the minds of film fans. In 1998 he took a leading role with Johnny Depp in Fear and Loathing in Las Vegas (1998), directed by the legendary Terry Gilliam. Gaining 40 pounds for the role of Dr. Gonzo, the drug-addicted lawyer to sports writer Raoul Duke, Benicio immersed himself totally in the role. Using his method acting training so far as to burn himself with cigarettes for a scene, it was a trying time for Del Toro. The harsh critical reviews proved tough on him, as he felt he had given his all for the role and been dismissed. Many saw the crazed, psychotic performance as a confirmation of the rumors and overall weirdness that people seemed to place on Del Toro. Taking a short break after the ordeal, 2000 proved to be the second "Year of Benicio". He first appeared in The Way of the Gun (2000), directed by friend and "The Usual Suspects" writer Christopher McQuarrie. Then he went to work for actor's director Steven Soderbergh in Traffic (2000). A complex and graphic film, it nonetheless became a widespread hit and Oscar winner. Del Toro's Javier Rodriguez, a conflicted Mexican cop, functions as the movie's real heart amid an all-star ensemble cast, and many praised it as the year's best performance, a sentiment validated by a Screen Actor's Guild Award for "Best Actor". He also gave a notable performance in Snatch. (2000) directed by Guy Ritchie, which was released several weeks later, and The Pledge (2001) directed by Sean Penn. Possessing sleepy good looks reminiscent of James Dean or Marlon Brando, Del Toro has often jokingly been referred to as the "Spanish Brad Pitt". With his newfound celebrity, Del Toro has become a sort of heartthrob, being voted one of People's "50 Most Beautiful People" as well as "Most Eligible Bachelors". A favorite of film fans for years for his diverse and "cool guy" gangster roles, he is now becoming a mainstream favorite respected for his acting skills and choices. So far very careful in his choices and who he works with, Del Toro can boast an impressive resume of films with some of the most influential and respected people in the film busine 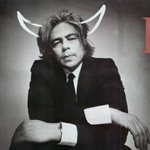 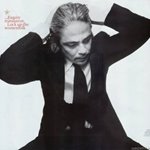 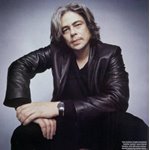 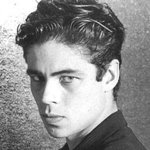 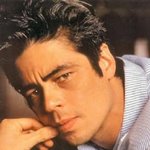 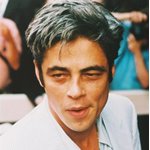 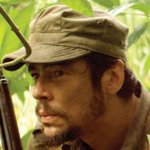 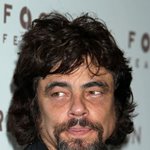