Barbara Pierce was the third child of the former Pauline Robinson (1896-1949) and her husband, Marvin Pierce (1893-1969), who later became president of McCall Corporation, the publisher of the popular women's magazines Redbook and McCall's. She was born at Booth Memorial Hospital in Flushing, Queens in New York City, and raised in the suburban town of Rye, New York, and went to Rye Country Day School, followed by boarding school at Ashley Hall in Charleston, South Carolina.

Her ancestor Thomas Pierce, an early New England colonist, was also an ancestor of Franklin Pierce, the 14th President of the United States. She is a direct descendant, great-great-granddaughter, of James Pierce, Jr. who was a fourth cousin of Franklin Pierce [1].

Her mother — whom W magazine once described as "beautiful, fabulous, critical, and meddling" and "a former beauty from Ohio with extravagant tastes" — was killed in a car accident. The accident was caused when her husband, who was driving, lost control when he reached over to stop a cup of hot coffee from sliding across the seat onto his wife. The car crashed into a stone wall, killing her instantly. 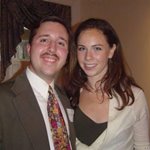 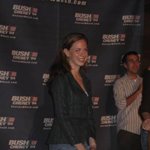 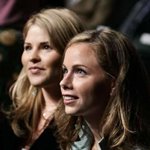 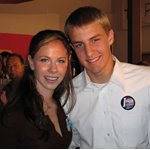 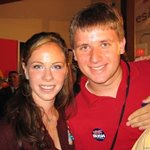 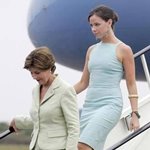 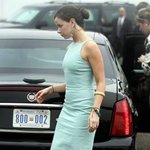 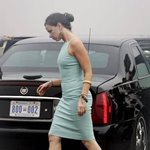