Ayo is a Nigerian-German singer-songwriter. She uses the Yoruba translation Ayọ or Ayo. of her first name Joy. Her debut album Joyful, which was first released in 2006, reached Double-Platinum status in France, Platinum in Germany and Poland, Gold status in Switzerland and Italy and Greece. The album was released in the United States on 20 November 2007 by Interscope Records.

She has a son, Nile, who was born in late 2005 and a daughter, Billie-Eve, born July 2010, with her partner, the Afro-German reggae singer Patrice. At the end of 2007, she moved with her family to the Greenwich Village section of Manhattan in New York City. At the age of six Ayọ played the violin for a short time, then turned to the piano and later taught herself to play the guitar. When she was about 15, she wrote her first song, which was about her mother, and which helped her to cope with her traumatic childhood. Her musical taste was influenced by her father's large selection of vinyl albums which included Pink Floyd, Fela Kuti, Donny Hathaway, Jimmy Cliff and Bob Marley. When her father, who worked part-time as a DJ while studying engineering in Germany, discovered her singing talent he recorded a first demo tape with her in a studio and allowed her to drop out of school at the age of eighteen.

At twenty-one Ayọ moved to London and later lived in Paris and New York. During her time in Paris her musical talent was noticed by a broader audience, and she gave her first solo concerts, opened 2002 for soul singers Omar and Cody Chesnutt, and signed a contract with Polydor Records. On 10 March 2008 Ayọ started recording on her second album Gravity At Last at the Compass Point Studios in Nassau on the Island of New Providence, The Bahamas. She is co-producing the album with Jay Newland. Her band includes Keith Christopherson (bass), Larry Campbell (guitars and other string instruments), Lucky Peterson (keyboards), Sherrod Barnes (guitar/vocals) and Jermaine Parrish (drums). The album with 13 tracks written and composed by the singer was recorded in only 5 days and was released at the end of September 2008 by Universal Music France.

The album reached number 1 on the French album charts in October. On 21. November 2008 Ayọ started her promotion tour for the album in Berlin which includes around 30 concerts in five European countries. Ayọs third album Billie-Eve, named after her daughter, was recorded in New York with the cooperation of musicians like Craig Ross (guitarist of Lenny Kravitz), the rapper Saul Williams, Matthieu Chedid and Gail Ann Dorsey, bass player of David Bowie. The album is first released on 7 March 2011 in France and Ayọ starts a promotional tour through France and Poland on 21 March 2011. Ayo signed with MBM Records in 2011 in the US. Billie-Eve was released in the United States on 20 March 2012. 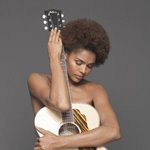 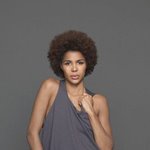 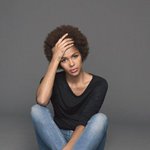 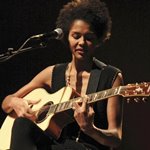 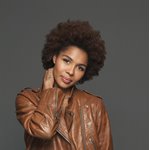 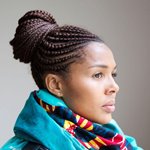 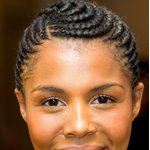 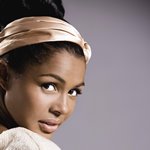