Harkleroad turned pro on June 12, 2000, and was quickly "billed" as the next American tennis superstar. Her debut was at the ITF tournament in Largo, Florida, in 1999. The following year she played her first WTA qualifying event in Miami, Florida and her first Grand Slam at the US Open. In 2001, she returned to the same events while improving her status on the ITF Circuit. In 2002 she won her first tour matches, reaching the second round at San Diego, Hawaii, and Bratislava, where she made her first doubles semi-final with partner Maria Emilia Salerni. She ended 2002 in the top 200 for the first time.

Her breakthrough year was in 2003, when at Charleston she defeated three top 20 players at the time (No.16 Elena Bovina, No.19 Meghann Shaughnessy, and No.9 Daniela Hantuchová), losing just 11 games along the way to reach her first tour semifinal before losing to Justine Henin-Hardenne. She became the lowest-ranked semifinalist (No. 101) in the event's history since unranked Jennifer Capriati reached the finals in 1990.

After that performance, on April 14, 2003 she broke out from No. 101 to climb to a No.56 ranking. Subsequently she reached the semifinals again at Strasbourg and scored her second Top 10 win and second over Daniela Hantuchová at Roland Garros while reaching the 3rd round and for the second time winning past the first round at a grand slam. On June 9, 2003 she soared into the Top 50 at No. 39 and reached the final in doubles at the Japan Open in Tokyo.

In 2004, she made her career first Tour final (at Auckland) before losing to defending champion Eleni Daniilidou. For most of the 2005 season, Harkleroad sat out due to various injuries, but the time she was on court was spent on the ITF Women's circuit winning 2 titles. She did however reach a tour doubles final at Quebec City. 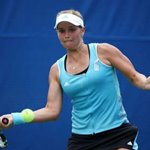 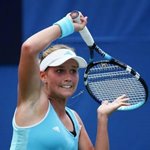 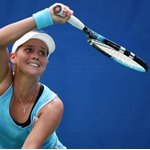 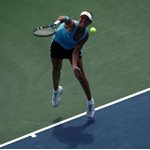 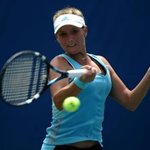