hey call it a Funny Car, but Ashley Force wasn’t laughing. Jaw set, breath on hold, pulse in overdrive, she hurtled down a Las Vegas racetrack faster than her eyes could focus. Then the clutch kicked in, and the 7,000-horsepower engine unleashed even more of its nitromethane-burning fury. G forces approaching those of a space shuttle at launch pinned her head in place, and she struggled to keep the car at the center of the lane.

In an instant the finish lights were behind her and her braking chutes billowed, the counter-forces throwing her body against its restraints with a jolt that’s been known to detach retinas. The car quickly slowed to a stop beyond the track’s long row of glistening grand stands.

At 315 mph, the quarter-mile run had lasted less than five seconds; the whole experience – from zero to 315 and back again – took less than 20 seconds. But for Force, a 24-year-old Cal State Fullerton graduate, it was a milestone seven years in the making.

She had graduated from amateur to pro driver as she earned her Funny Car drag racing license.

Force climbed from her car and let loose a smile that appeared more fueled by relief than elation. Meanwhile, drag-racing legend John Force, Ashley’s full-throttle father, whooped and jumped around on the track, throwing his arms into the air and then around his daughter’s neck as he flashed a toothy grin at least a quarter-mile wide.

“It’s unbelievable that this young little kid could do this,” he would say later in a moment captured on camera for the family’s reality TV series “Driving Force.” “That was better than any trophy I’ve ever won in my life.”

Then he looked into Ashley’s eyes and said, “Do you realize you’re going where some men have never gone? They dream of what you’re doing.” 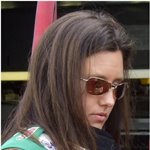 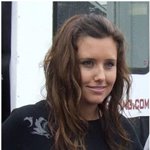 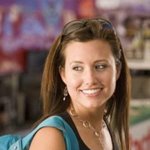 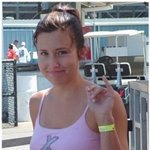 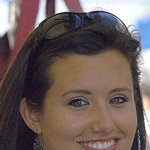 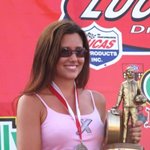 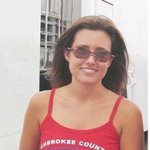