Arsenio Hall (born February 12, 1955 in Cleveland, Ohio) is an American comedian, talk show host, and actor. He is best known for his talk show The Arsenio Hall Show, his role in the film Coming to America, and a stint as the host of Star Search.

The son of a Baptist minister, Hall performed as a magician when he was a child. Hall attended Ohio University in Athens, Ohio, where he was on the speech team with future actress Nancy Cartwright and future news anchor Leon Harris. He then transferred to Kent State University. He later moved to Los Angeles, California, to pursue a career in stand-up comedy. During this time, he became good friends with Eddie Murphy. Hall was the original voice of Winston Zeddemore in the cartoon The Real Ghostbusters from 1986-1987. In 1988, he costarred in the comedy film Coming to America with Murphy. In 1984, he was also the announcer/sidekick (a la Ed McMahon) for Alan Thicke during the ill-fated talk show Thicke of the Night.

In 1986, the FOX network introduced The Late Show Starring Joan Rivers, a late night talk show created to directly challenge The Tonight Show Starring Johnny Carson. After a moderate start, ratings for the show soon sagged, with behind-the-scenes relations between Rivers and network executives at Fox quickly eroding. Rivers left the show in 1987, and her name was dropped from the title. Renamed The Late Show, it featured several hosts including Ross Shafer, Suzanne Somers, Richard Belzer, and Robert Townsend before it was cancelled in 1988. Hall was chosen to host the show's final weeks, and proved to be immensely popular. However, the decision to cancel The Late Show had already been made.

From January 2, 1989 until May 27, 1994, he hosted a syndicated late night talk show, The Arsenio Hall Show. The show was known for the audience's shouting "Whoof, Whoof, Whoof" while pumping their fists. Hall had incorporated this chant used by fans of the Cleveland Browns football team who sit in a special section of Cleveland's Municipal Stadium, and are still known as "The Dawg Pound". He also had a rivalry with Jay Leno after the latter was named host of The Tonight Show, during which Hall said that he would "kick Jay's ass" in the ratings game. The two have since patched up their differences and Hall has made numerous appearances on The Tonight Show. He is also remembered for having had his hair cut into a Hi-top fade during this period.

In 1989, Hall released an album on MCA, Large and In Charge, under the moniker "Chunky A". Chunky A was supposed to be Hall's overweight "little brother". The album had one minor hit "Owww!" and featured guest rappers Ice-T and KRS-1 and guest musicians Cameo.

The title of the C+C Music Factory dance single "Things That Make You Go Hmmmm..." was inspired by Hall's monologue routines. He was also the target of many jokes by Keenen Ivory Wayans, who portrayed him on his sketch comedy show In Living Color.

After The Arsenio Hall Show ended, Hall made only infrequent appearances on television (including a short-lived 1997 sitcom called Arsenio) before starring in Martial Law with Sammo Hung from 1999–2000 and hosting the revival of Star Search in 2003.

Hall made a cameo appearance as himself in Chappelle's Show in March 2004, when Dave was imagining "what Arsenio is doing right now" in a dinner scene. It showed Hall at a wine party eating some cheese and saying, "Damn! That's some good-ass cheese!" After which, Hall started punching and slapping people for not telling him about the apparently delicious cheese. Paul Mooney also joked about Hall in his "Negrodamus" sketch: when asked "Will Arsenio Hall ever get another show," Mooney responds "Yes. Arsenio Hall will host another show. It will be called Good Morning Black America, and it will be broadcast at noon throughout the country." 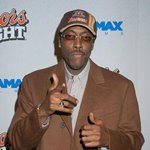 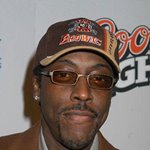