At age 14, Anouk Aimee began her acting career after she was spotted by filmmaker Henri Calef who stopped her and asked if she would like to be in a movie when she was walking down the rue Colisée in the eighth arrondissement in Paris with her mother.

In 1959, Anouk made her first United States film, "The Journey," a romantic drama by director Anatole Litvak set in the backdrop of the Hungarian revolution of 1956 and stars Deborah Kerr, Yul Brynner, and Jason Robards. And after appearing in "Quai Notre-Dame" (1960), "Dolce vita, La" (1960; aka "The Sweet Life"), and "Farceur, Le" (1961; aka "The Joker"), she received a BAFTA Film Award nomination for Best Foreign Actress for her turn as the titular cabaret singer who remains thinking about her estranged true love (played by Jacques Harden) despite tempted by the charms of a childhood friend (played by Marc Michel) and an American sailor (played by Alan Scott), in “Lola” (1961), a romantic drama written and directed by Jacques Demy.

In 1966, Anouk was launched toward international stardom when she received an Oscar nomination for Best Actress in a Leading Role for her stunning performance as Anne Gauthier, a young widow and a film script supervisor who falls for Jean-Louis Trintignant's widower character, in the French-made international hit, "Un homme et une femme" (aka “A Man and a Woman”), which was helmed by Claude Lelouch. Her outstanding work in the film also won her a Golden Globe Award for Best Motion Picture Actress – Drama, a BAFTA Award for Best Foreign Actress, and a Fotogramas de Plata Award for Best Foreign Performer.

Following her Oscar-nominated work, Anouk was offered to star as the title role of the wife of an Egyptian banker who is involved in a plot against the British in order to arm the Jewish underground movement in Palestine, in George Cukor and Joseph Strick's film adaptation of the novel by Lawrence Durrell, "Justine" (1969).

After taking a deserve seven-year break, Anouk returned to the big screen in 1976, reuniting with writer/director Claude Lelouch in his melodrama film "Si c'était à refaire" (aka "If I Had to Do It All Over Again"), alongside Catherine Deneuve. She then was nominated César Best Actress Award for her brilliant turn as Jane Romain in Elie Chouraqui's take on Jack-Alain Léger's novel, "Mon premier amour" (1978).

Entering the new decade, Anouk won Best Actress Award at the Cannes Film Festival for her solid performance as Marta Ponticelli, Michel Piccoli's older sister who is affected by psychic problems and suicide fantasies, in Marco Bellocchio's drama/comedy movie "Salto nel vuoto" (1980; aka "A Leap in the Dark"). She then went to act in Bernardo Bertolucci's dramatic film "Tragedia di un uomo ridicolo, La" (1981; aka "Tragedy of a Ridiculous Man") and reprised her Oscar-nominated role in Lelouch's "Un homme et une femme, 20 ans déjà" (1986; aka "A Man and a Woman: 20 Years Later"). She also appeared in print ads for Ungaro parallele and appeared as herself in the documentary aired on PBS stations in the US, "Haute Couture: The Great Designers" (1987), which explores the world of high fashion.

The 1990s saw Anouk acting opposite Jacqueline Bisset in Elie Chouraqui's romantic drama/comedy "Marmottes, Les" (1993; aka "The Groundhogs") and returned to American films in Robert Altman's satirical dark comedy shot during the Paris, France, Fashion Week with a host of international stars, models and designers, "Prêt-à-Porter" (1994; aka "Ready to Wear"), alongside Marcello Mastroianni, Sophia Loren, and Julia Roberts. Her work in the latter film would win her a National Board of Review Award for Best Acting by an Ensemble.

Anouk co-starred as herself in Mika Kaurismäki's film adaptation of Richard Rayner's novel, "L.A. Without a Map" (1998) and received Lifetime Achievement Award at Palm Beach International Film Festival in 2000 as well as Honorary César at the César Awards in 2002. She was also awarded Honorary Golden Berlin Bear at the Berlin International Film Festival in 2003, the same year when she received Bernhard Wicki Film Award - Honorary Award at the Munich Film Festival for her touching performance as Myriam in Marceline Loridan Ivens's drama film "Petite prairie aux bouleaux, La" (aka "The Birch-Tree Meadow").

"Oh come on, it hasn't been an unimpressive career. If you look at the number of projects I've been involved in, the people I've worked with ... But it's perhaps true that I haven't always made the right choices. I've taken parts I didn't particularly like because I wanted to work with the director - Altman, for example. But there's very little that I actually regret doing. I had to do most of it, I needed the money. There are one or two things I could have said yes to, though. That's probably true." Anouk Aimee. 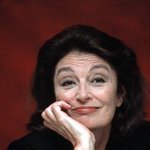 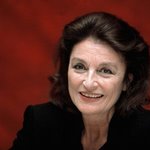 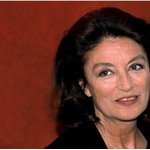 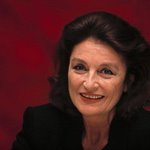 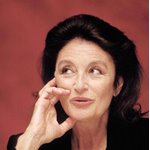 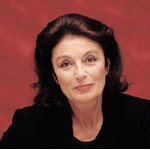 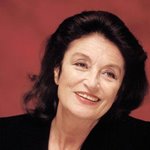