“When I first became an actress, I expected to do regional and classical theater; I just love the whole creative process.” Annie Parisse.

Having performed in various university productions including “Farmyard,” “As You Like It,” “Love's Labor Lost” and “Antigone,” Annie Parisse test the water in regional theaters and appeared in productions of “Much Ado About Nothing” and “Standards of Beauty.” She also appeared in New York theater productions of “Bodacious Flapdoodle,” “Leave It To Beaver Is Dead,” “Throwin' Bones,” and “Misalliance” at the Roundabout Theatre.

In the late 1990s, Annie began appearing on screen. She joined the cast of CBS long-running soap opera "As the World Turns," playing sweety-turned-psycho Julia Lindsey Snyder (1998-2001; 2002), a role which earned her a Daytime Emmy nomination in 2001 for Outstanding Younger Actress in a Drama Series.

“I didn't go home and cry because Jack (Michael Park) and Carly (Maura West) fans hissed me. The fans don't have the experience with the behind-the-scenes of this stuff. I think there's a loss of reality for the fans in the sense that, if they don't like Julia, they don't think of the real person behind the character.” Annie Parisse (on her character in "As the World Turns").

Meanwhile, she had a supporting role as Wendy in a musical drama film directed by Yale Strom, "On the Q.T." (1999; starring James Earl Jones), and was spotted as a guest in a March 2001 episode of short-lived CBS cop drama series "Big Apple." She also played assistant district attorney (A.D.A.) Alexandra Borgia (2002-2006) on NBC's cop/legal drama series "Law & Order."

During this time, Annie could be seen as as Nurse Tammy Sizemore in two episodes of NBC's cop/crime drama "Third Watch" and as Sarah in an episode of NBC hit sitcom “Friends.” She also starred in unsold TV series pilot called "NYPD 2069" (2004; with Michael Reilly Burke and Giancarlo Esposito) and co-starred in NBC comedy movie "Beverly Hills S.U.V." (2004). Additionally, she appeared in a TV commercial for First Response Pregnancy Test and appeared in Keith Bunin's “The Credeaux Canvas” (2001), as Amelia, Louis Broome's “Texarkana Waltz” (2002), as Dallas, and Neal Bell's “Monster” (2002), as Elizabeth.

After "Law & Order," Annie portrayed Rita, opposite Alan Tudyk and John Mahoney, in New York's Roundabout Theatre Company's revival of Craig Lucas' "Prelude to a Kiss" (2007), helmed by Daniel Sullivan. She was also nominated for a 2007 Drama Desk Award for Outstanding Actress in a Play for her performance in "The Internationalist."

Annie has wrapped her upcoming film with writer/director Sam Neave, a drama titled "First Person Singular." She will soon complete "Tickling Leo," writer/director Jeremy Davidson's film in which she will star opposite Eli Wallach.

As for her stage work, Annie will play the title role in “Gina Gionfriddo's Becky Shaw” for the Humana Festival of New American Plays that will be directed by Peter DuBois. In the play about a newlywed couple who fix up two romantically challenged friends, Annie will be joined by Mia Barron, David Wilson Barnes, Janis Dardaris, and Davis Duffield. It opens March 2 and continues in rep to March 30. 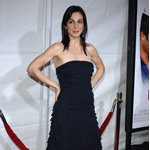 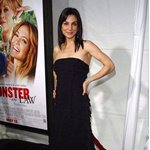 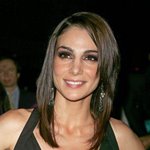 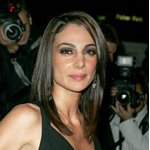 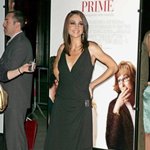 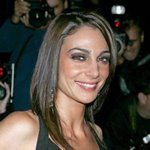 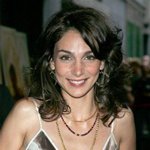 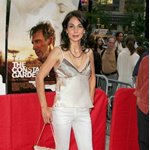