Knowing that she was destined to be an entertainer since the age of five, Annasophia Robb began her career on a church stage in front of 500 people in Colorado. She asked permission to her parents to take an acting class before she began taking auditions in Los Angeles in 2003. And after going to a string of auditions, she landed her first role as a Bratz-loving Happy Meal fan in a McDonald's commercial. She followed it up with a starring role in a 7 and a half minute short called Daddy's Day.

In 2004, Robb made her acting debut as the kindhearted titular character in a television special titled Samantha: An American Girl Holiday, alongside Mia Farrow. She was also spotted as a guest in a September 2004 episode of Nickelodeon sitcom "Drake & Josh."

“I started screaming! I was jumping up and screaming and running around. I was so excited because I had only been in acting for about a year, and I had gotten my first big film. So I was really excited.” Annasophia Robb.

The next year, Robb entered the big screen with the lead role of Opal, a lonely 10-year-old girl abandoned by her mother and moved to the small town of Naomi, Florida with her father in Wayne Wang's film adaptation of Kate DiCamillo's best selling children's novel, Because of Winn-Dixie, opposite Dave Matthews and Jeff Daniels. On what she learned from filming her first movie, Robb explained: "Well, Wayne Wang, the director, really helped me become a more mature actress. When I first started filming, I was really over the top. He just helped bring me down and make me real. That was really wonderful, a really wonderful experience. Also, what I learned about filming is it takes forever. I mean, there are so many different angles and shots. I mean, it just takes forever."

Robb followed it up with the same year’s movie, Charlie and the Chocolate Factory, Tim Burton's Academy Award-nominated family film, based on the 1964 Roald Dahl children's novel of the same name. In the film, which also stars Johnny Depp and Freddie Highmore, Robb played competitive gum chewer Violet Beauregarde who has broken a world record by chewing the same piece and type of gum for three months solid. She also lent her voice in its video game version.

“He's the most brilliant man. He has an imagination that just goes off the charts. Most people think Tim Burton is pretty weird, but he's not. He's really normal. He has funny hair and he wears really cool glasses.” Annasophia Robb (about Tim Burton).

In April 2006, Robb provided her voice in an episode of Nickelodeon's animated television series "Danny Phantom." She just completed her latest film projects: Mark Blutman's adventure movie Doubting Thomas (opposite Forrest Landis), Stephen Hopkins' horror film The Reaping (due to be released on March 30, 2007; starring Hilary Swank) and Gabor Csupo's fantasy adventure movie based on Katherine Paterson's children's novel, Bridge to Terabithia (scheduled to be released on February 16, 2007; with Josh Hutcherson, Zooey Deschanel and Robert Patrick), in which she played Leslie Burke, the new girl in school who competes in the "boys only" race and wins. 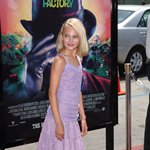 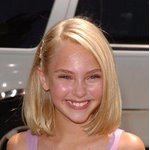 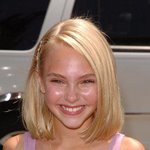 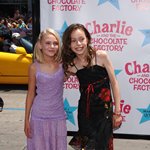 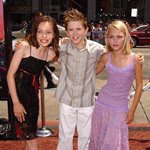 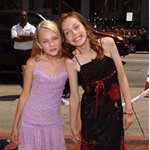 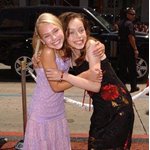 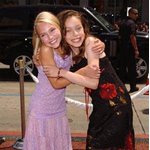