Anna-Marie Goddard is a fashion model and actress from Amsterdam who is best-known for her pictures in the Playboy magazine.

After finishing her high school, Anna-Marie decided not to go to the university. Anna-Marie then embarked on a modeling career that took her around Europe, with projects in Milan, Paris, Madrid, and London, as well as Australia.

However, it was her stint with Playboy that really made her successful. Playboy was on the lookout for great models to be featured in an issue to commemorate its 40th anniversary. A Playboy editor saw some pictures of Anna-Marie and impressed with them, set out to find her. Anna-Marie had decided earlier that she would just be a fashion model and would not pose nude. Though flattered at first on getting the offer from the coveted magazine, she refused the offer to pose for Playboy magazine. But the magazine did not give up and called her again after a few weeks asking her to reconsider her stance. Anna-Marie discussed the offer with her near and dear ones and finally decided not let go of this opportunity for making it big. She took the big step of being a Playboy model and has changed her destiny with it. Anna-Marie appeared in the 40th Anniversary issue. That year, in January 1994, she was also selected as the U.S. Playboy's 40th Anniversary Playmate of the Month. She was also chosen as the Playmate of the Year for the Dutch edition of Playboy. She has also been featured in many Playboy videos.

In 2002, Anna-Marie made her film debut with a small role in Austin Powers in Goldmember (2002). That year, she was also seen in another Mike Meyers film, The Master of Disguise.

Anna-Marie married Collin Goddard, an American screenwriter and model, in Las Vegas. Their first son was born in 1998 and their second son in 2005. Apart from being a model, actress and mother, Anna-Marie also wants to foray into photography and Web design. 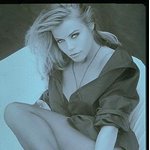 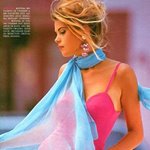 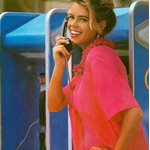 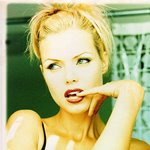 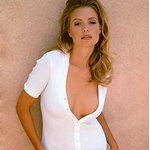 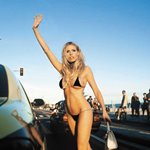 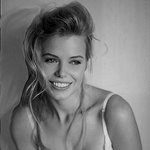 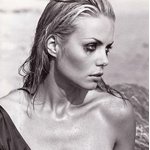