With over a dozen motion pictures and many TV shows under his belt, Andrew Bryniarski is well on his way to becoming a household name in the upcoming New Line movie,The Texas Chainsaw Massacre (2003), premiering October 17th, 2003. Playing the killer who would forever be known as 'Leatherface", Andrew stars in this chilling story about 5 young people fighting for their lives.

Born in Philadelphia, this 6' 5" handsome young man came to Hollywood for a summer vacation, screen tested for Joel Silver and was suddenly acting alongside Bruce Willis in "Hudson Hawk". It really did happen that way! On a short holiday to visit a friend, Andrew was spotted by a talent scout, who set up a meeting and before he knew it, Andrew was traveling around Europe filming his first movie, with the likes of Willis and the late James Coburn. Since then, Andrew has worked alongside Al Pacino, James Woods, Michelle Pfeiffer, Halle Berry and Cuba Gooding Jr. to mention just a few, as well as Hong Kong's best including Tsui Hark and Yuen Wo Ping. His film work includes "Pearl Harbor", Tim Burtons," Batman Returns", Oliver Stone's," Any Given Sunday", "Rollerball", "Scooby Doo", "Streetfighter", "The Program" and John Singleton's "Higher Learning".

He most recently appeared on TV in FX'S _ 44 Minutes: Shootout in North Hollywood (2003) (TV) _, which received enormous ratings and broke several records, and has guest starred in many TV shows. Andrew has been included by Entertainment Weekly Magazine in this year's "IT" list of the top 100 creative people in Hollywood. Involved in all outdoor activities from mountain climbing to horseback riding, Andrew lives the healthy lifestyle, working out at the gym and practicing yoga. Married to Gretchen, they live in their Los Angeles home with 2 cats, 3 Pomeranian's box turtles, a parrot and his recently rescued 5 giant African land tortoises. 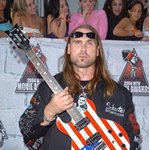 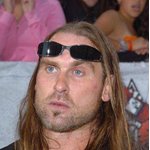