Thompson is a model-turned-actress-turned-TV journalist. She began her modelling career as a teen, and later studied acting at New York's prestigious Actors Studio. She landed a role in the sci-fi series Babylon V (1994-95, as telepath Talia Winters) and then co-starred on the cop show NYPD Blue, where she played detective Jill Kirkendall from 1996-99. In early 2000 she surprised her fans by moving to New Mexico and taking a job as news anchorwoman on a local station.

In 2001 Thompson joined cable network CNN as an anchor of its Headline News programming. The hiring led to some criticism of CNN after it became known that Thompson was not only trained primarily as an actress, but that she was a high school dropout and had once posed nude for magazine photographs. In March of 2002 Thompson quit CNN unexpectedly, saying it was time to make a change in my daily professional life. 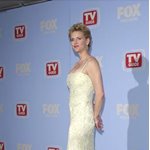 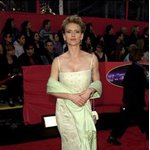 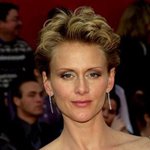