Andrea Berg is a German singer in the schlager genre. According to record certifications, she has sold at least 7.615.000 albums. Berg was born in Krefeld. As a child she would experiment with performing short sketches at carnivals and other celebrations. She later played with a band, and also worked backstage on stage set-up and drove the band's van. During this time she supported herself working as a nurse in the intensive care and oncology departments of a hospital.

In summer 1998 the birth of her daughter Lena-Maria was followed by the release of the album Zwischen tausend Gefuhlen ("Between a Thousand Feelings"), with twelve songs. The singles from this album were "Diese Nacht soll nie enden", "Insel der Nacht" and "Jenseits der Zartlichkeit" (1999). The next album was Weil ich verliebt bin ("Because I'm in Love") in 1999, with the single "Vielleicht ein Traum zu viel". This reached #3 in the ZDF-Hitparade in November 1999. Berg also reached #3 in "Hits of the Year" in January 2000 and was #1 for several weeks in the German airplay charts. In October 2001 a best-of was released, featuring twelve of her most popular songs. The album went seven-times platinum and was in the German top 100 albums chart for a record-breaking stay of over 336 weeks. 2.1 million copies have been sold. She has sometimes had as many as four releases in the German charts simultaneously. She won the ECHO award in the German-language Schlager category in 2003, 2004, 2005 and 2007. From 2002 to 2007 she won Germany's prestigious Goldene Stimmgabel six times consecutively, as well as the Amadeus Austrian Music Award for best Schlager album in 2004 and 2005. Her CD Nah am Feuer went gold. The 2006 album Splitternackt ("Stark Naked") went straight to #1 in Germany and remained there for several weeks. The hit "Du hast mich tausendmal belogen" reached #2 in the GEMA chart of collected international sales.

Berg is known not only for her music but also increasingly for her stage outfits. She favours short miniskirts, suspenders, and knee-highs. She has been quoted (in the Neue Post) as saying "When you reach 40 you do have to make an effort to keep the men looking in your direction". 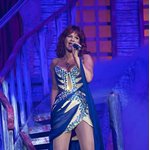 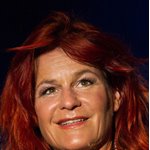 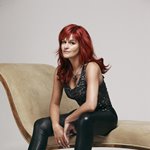 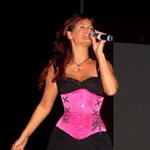 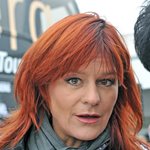 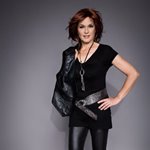 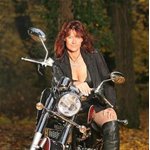 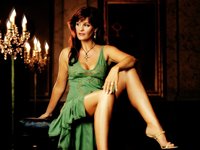 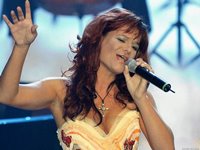 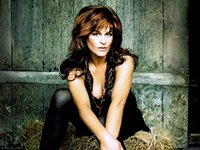 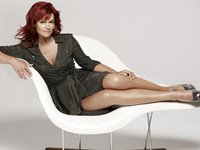