"The music business is rougher than the movie business. In film you get noticed in a small role, even in a movie that bombs. But in records you better have that hit or else it's 'See you later.'" Amy Madigan.

After studying piano at the Chicago Conservatory and philosophy at Milwaukee's Marquette University, young Amy Madigan toured the country for a decade with rock bands performing in bars and clubs. In the early 1970s, she was featured in Playboy Magazine wearing only jelly, to promote her music band, "Jelly." She also played keyboard, percussions, and vocals behind Steve Goodman on tour throughout the late '70s, and for a time, she was the lead singer of the group ''Big Daddy.''

Madigan, who performed in school plays and talent shows as a child, began preparing for an acting career in the late 1970s. She sharpen her skills with Lee Strasberg and made her TV bow as a guest in a February 1981 episode of ABC mystery series ''Hart to Hart.'' She followed it up with appearances in an episode of NBC cop drama "CHiPs" as well as in the made-for-television movies "Crazy Times" (1981), "Victims" (1982) and "The Ambush Murders" (1982).

"Love Child" (1982), director Larry Peerce's extraordinarily touching true story-based film, is Madigan's feature acting debut in which she starred opposite Beau Bridges. Her performance as Terry Jean Moore, the determined, independent and young woman convicted of robbery becomes pregnant while behind bars and struggles to keep her child with her, drew positive reviews and earned her a Golden Globe nomination for New Star of the Year in a Motion Picture – Female.

After marrying co-star Ed Harris during the Texas shoot of writer/director Robert Benton's Oscar-winning period drama film "Places in the Heart" (1984), in which the pair played a acouple having affair, Madigan won Best Actress award at the Sitges - Catalonian International Film Festival for her turn as a tomboyish looking ex-soldier named McCoy in Walter Hill's "Streets of Fire" (1984), an unusual mix of musical, action, drama and comedy with elements both retro-1950s and 1980s which also stars Michael Pare, Diane Lane and Willem Dafoe.

Madigan won a CableACE award for her performance opposite Carol Burnett on HBO TV movie directed by Robert Altman, "The Laundromat" (1985), and hit the big time in the following year when she was nominated for both Oscar and Golden Globe for her supporting role as Sunny, the embittered daughter of Gene Hackman's lead character, in Bud Yorkin's 1985 romantic drama film ''Twice in a Lifetime.'' Meanwhile, she was credited as a song performer ("He Made a Woman Out of Me" and "If I Lose") in Walter Hill's blues movie, "Crossroads" (1986).

The late of the 1980s saw Madigan being nominated an Independent Spirit Award for Best Supporting Female for her role opposite Keanu Reeves and Fred Ward in writer/director Ron Nyswaner's independent drama/comedy, ''The Prince of Pennsylvania'' (1988), and playing Kevin Costner's wife in Phil Alden Robinson's Oscar-nominated film adaptation of the novel "Shoeless" Joe by W. P. Kinsella, "Field of Dreams" (1989). She was also nominated for an Emmy and a Golden Globe for her performance as Sarah Weddington, the lawyer who wants to legalize abortion on NBC movie ''Roe vs. Wade'' (1989; opposite Holly Hunter).

In the 1990s, Madigan won a CableACE award for Actress in a Movie or Miniseries for her turn as AIDS victim Roxy Ventola in the true story-based TV movie, "And Then There Was One" (1994), and was nominated an Independent Spirit Award for Best Supporting Female for her performance opposite William Hurt and Sean Penn in Erin Dignam's independent drama/thriller, ''Loved'' (1997). And after co-starring with Adam Arkin and David Strathairn in Philip Frank Messina's independent/ ensemble comedy "With Friends Like These..." (1998), she was nominated a Golden Satellite Award (for Best Performance by an Actress in a Supporting Role in a Mini-Series or Motion Picture Made for Television) for her turn as the wife of Lieutenant Colonel John Paul Vann (played by Bill Paxton) in the Vietnam war drama TV movie based on Neil Sheehan's Pulitzer Prize-winning book, ''A Bright Shining Lie'' (1998).

Entering the new millennium, Madigan portrayed Peggy Guggenheim in the Oscar-winning biopic of the famous abstract expressionist painter, "Pollock," which was directed by and starring real-life husband Ed Harris. She then was cast in the HBO film version of Moisés Kaufman's play, "The Laramie Project" (2002), which tells the story of the aftermath of the 1998 murder of Matthew Shepard in Laramie, Wyoming, and was nominated a Golden Satellite Award (for Best Performance by an Actress in a Supporting Role in a Miniseries or a Motion Picture Made for Television) for her role as the strong woman and bar owner in Showtime original movie ''Just a Dream'' (2002), helmed by Danny Glover.

From 2003 to 2005, Madigan starred in the HBO drama series ''Carnivàle,'' as Iris Crowe, the sister of sinister preacher Brother Justin Crowe (played by Clancy Brown), which earned her a nomination at the Golden Satellite Awards, for Best Performance by an Actress in a Series, Drama category. Meanwhile, she co-starred as a book editor who promised struggling twentysomething actress (played by Zooey Deschanel) $100,000, in Adam Rapp's indie film "Winter Passing" (2005).

She also scored meatier parts on stage, notably in "A Streetcar Named Desire" on Broadway with Alec Baldwin and Jessica Lange, Sam Shepard's "A Lie of the Mind" and David Rabe's "In the Boom Boom Room." She won a Drama Logue Award for starring the Los Angeles Theater Center production of "Stevie Wants To Play The Blues."

Currently, Madigan is working on her upcoming film project, "The Last Full Measure," a war drama by writer/director Todd Robinson in which she will share the screen with Bruce Willis, John Cusack, Morgan Freeman, Robert Duvall, Andy Garcia and Laurence Fishburne.

Besides being an actress, Madigan is also a political activist. She has served on the national board of NARAL Pro-Choice America, a pro-choice/women's rights organization. 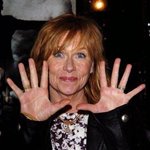 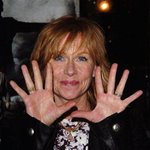 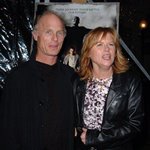 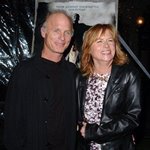 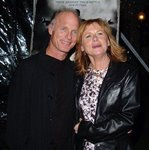 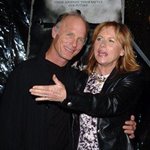 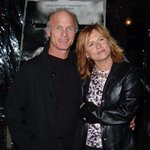 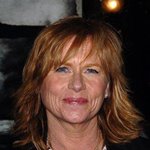