Amare Stoudemire is an American professional basketball player who plays for the New York Knicks of the National Basketball Association (NBA). Stoudemire played high school basketball for six different schools, before graduating from Cypress Creek High School and declaring for the NBA draft as a prep-to-pro player. In high school, Stoudemire won several honors most notably being selected as Mr. Basketball for the state of Florida.

He was selected in the first round with the ninth overall pick in the 2002 NBA Draft by the Phoenix Suns and would spend eight seasons with them before signing with the New York Knicks. Stoudemire is listed at 6 feet 11 inches (211 cm) and 245 pounds (111 kg). Although Stoudemire has suffered from chronic knee problems and has undergone microfracture surgery on his knees, he has won the 2003 NBA Rookie of the Year Award, made six appearances in the NBA All-Star Game, was a first-team All-NBA selection in 2007, and won a bronze medal with the United States men's national basketball team at the 2004 Olympic Games. In his rookie season, Stoudemire averaged 13.5 points and 8.8 rebounds per game, with a season high of 38 points against the Minnesota Timberwolves on December 30, 2002, the highest score by a prep-to-pro player until broken a year later by LeBron James. Stoudemire was selected to the Rookie squad in the Rookie Challenge. In the game, Stoudemire recorded 18 points, 7 rebounds and 4 steals. Stoudemire won the NBA's Rookie of the Year award, beating out Yao Ming and Caron Butler and becoming the first player drafted out of high school to win the award. Stoudemire also was selected to the NBA All-Rookie First Team. The Suns, led by Stoudemire, Stephon Marbury, Shawn Marion, Anfernee Hardaway and Joe Johnson, made it to the playoffs but were defeated in six games by the eventual champions, the San Antonio Spurs.

The following season, Stoudemire improved statistically, but his team stumbled to a 29–53 record, and point guard Marbury was traded to the New York Knicks. During the season Stoudemire had a 10-block game against the Utah Jazz; he recorded six blocks in the first quarter alone (both team records as of 2012). During the summer of 2004, Stoudemire was selected to play for the eventual bronze medal-winning United States national team in the 2004 Summer Olympics. However, head coach Larry Brown declined to give him significant playing time. 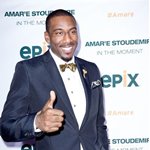 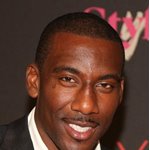 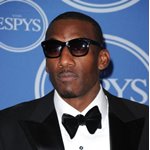 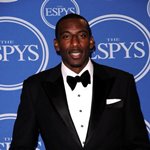 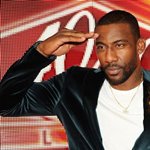 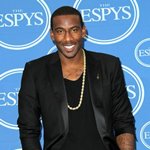 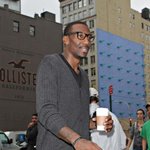 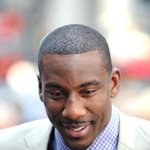