Alexander Frei (born July 15, 1979 in Basel) is a Swiss footballer, currently playing for Borussia Dortmund in the German Bundesliga, as a striker. He signed a 4-year contract with Borussia Dortmund on June 29th. Dortmund paid a transfer fee of approximately 5 million euros for him.

Frei was the highest goalscorer in the French league for the 2004-05 season with 20 goals, and was named Swiss footballer of the year the same season. He played for Switzerland at Euro 2004 and at the FIFA World Cup 2006 in Germany. Till now he has been capped 54 times for his country (as of September 2006). Frei is only 3 goals short from being Switzerland's all time top scorer. He can also be considered one of the best footballers in Europe. 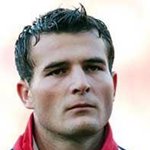 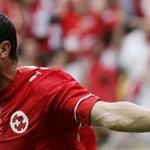 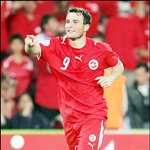 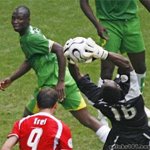 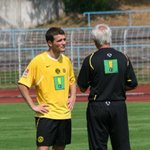 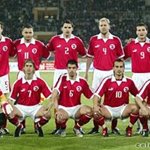 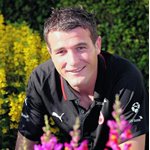 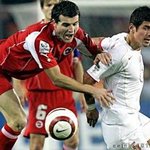