Alex Ferguson is a Scottish football manager and former player who has managed Manchester United since 1986. His tenure has seen the club go through an era of success and dominance both in England and in Europe, giving Ferguson a reputation as one of the most admired and respected managers in the history of the game.

Ferguson previously managed East Stirlingshire and St. Mirren, before a highly successful period as manager of Aberdeen. After a brief stint as manager of the Scotland national team following the death of Jock Stein, he was appointed manager of Manchester United in November 1986. With 25 years as manager of Manchester United, he is the longest serving manager in their history after overtaking Sir Matt Busby's record on 19 December 2010. His tenure is also the longest of all the current League managers. During this time, Ferguson has won many awards and holds many records including winning Manager of the Year most times in British football history. In 2008, he became the third British manager to win the European Cup on more than one occasion, after Brian Clough and Bob Paisley. Ferguson's playing career began as an amateur with Queen's Park, where he made his debut as a striker aged 16. He described his first match as a "nightmare", but scored Queen's Park's goal in a 2–1 defeat against Stranraer. As Queen's Park were an amateur team he also worked in the Clyde shipyards as an apprentice tool-worker, where he became an active trade union shop steward. Perhaps his most notable game for Queen's Park was the 7–1 defeat away to Queen of the South on Boxing Day 1959 when ex-England international Ivor Broadis scored four of the Queen of the South goals. Ferguson was the solitary Queen's Park goalscorer.

Despite scoring 20 goals in his 31 games for Queen's Park, he could not command a regular place in the side and moved to St. Johnstone in 1960. Although he continued to score regularly at St. Johnstone, he was still unable to command a regular place and regularly requested transfers. Ferguson was out of favour at the club and he even considered emigrating to Canada, however St. Johnstone's failure to sign a forward led the manager to select Ferguson for a match against Rangers, in which he scored a hat trick in a surprise victory. Dunfermline signed him the following summer (1964), and Ferguson became a full-time professional footballer. 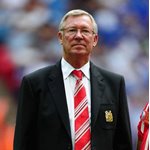 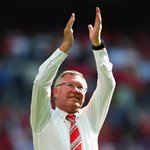 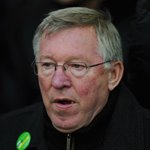 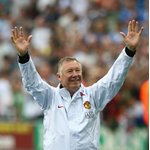 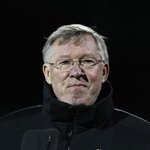 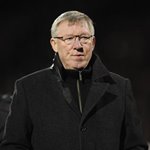 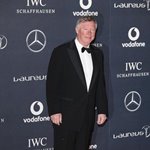 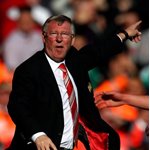