Alejandra Guzman was born into a performing family, the daughter of Mexican actress Silvia Pinal and Mexican rock star Enrique Guzman. Appropriately enough for a celebrity baby, she made her first TV appearance when she was just two months old. At age five, she started taking ballet classes, as well as tap, and jazz. As a child she would act out plays in her living room having her family as her audience. Along with her studies, she began to participate in show business making TV commercials and joining soap operas and shows like “Mujer, Casos de la Vida Real”. She also did chorus for the band Kenny & the Electricos as well as La Union. Later on, she took part in the musical comedy “Mame” produced by her own mother Silvia Pinal, alternating with her classes at school (the only condition her parents requested). Alejandra demonstrated that she was born to be a star, once she graduated from high school she decided to do what she really wanted: sing. Although her parents were famous, her road to success wasn’t easy. She had to knock many doors until Miguel Blasco crossed her path. After teaming up with producer Miguel Blasco, Guzman recorded her debut album Bye Mama, which was number one in Mexico within days of its release. With songs like “Bye Mama” and “La Plaga”, among others, she reached the top positions in the radio charts across her country and the top sellers list as well. Due to the success of her debut and all the awards and recognitions which named her “Best New Artist”, her second album “Dame tu amor” soon followed. In 1990 she recorded “Eternamente Bella” achieving a greater success than before. That same year she made her debut in film with the movie “Verano Peligroso” (Dangerous Summer) breaking box office records at the time and selling highly the soundtrack to the movie. In 1991 “Flor de Papel” became her fourth album, continuing her career which she stopped only to play her best role: become a mother. In March, 1992, Frida Sofia was born. The child accentuated her maturity, as she reappeared in all her feminine splendor in the show “Iberoamerica Va”, in which she sang “Te Esperaba” (I was waiting for you), a theme written for her when she was expecting.

She signed a contract with BMG Entertainment in 1993 for “Libre”, produced once again by Miguel Blasco. This album featured an Alejandra with a wider vocal range. “Libre” was launched not only in Mexico, but also in the United States, Argentina, Chile, Colombia, Costa Rica, Venezuela, Peru, Uruguay, Ecuador, Bolivia and Spain. In the months of June and July 1994, Alejandra recorded her sixth album: “Enorme” showing off her voice and maturity throughout, once again Alejandra achieved hits and record sales as the name of her album “enormous”. Her 7th production “Cambio de Piel” (A change of skin) hit the market in 1996 under the production of Carlos Narea. In 1997 she recorded “La Guzman” a collector’s item: a live concert held in Xcaret Alejandra sang with the backup of virtuous musicians of renowned international talent and a great team put together by producer Oscar Lopez. “La Guzman” was an impressively emotional and spontaneous record, with 13 of her greatest hits recorded acoustically and 3 brand new songs. In 1999 “Algo Natural” (Something Natural) hit the market, it showed a truly consolidated artist, she became a female pop rock icon. 2001 marked a new path in Alejandra Guzman’s career, since her record titled “SOY” (I am) was produced entirely by Desmond Child, a rock genius. With songs like “De verdad”, “Diablo” and “Volvere a Amar”, she reached the top positions and reaffirmed her status as the great artist that she is, simply irreplaceable. 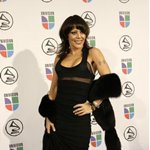 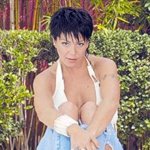 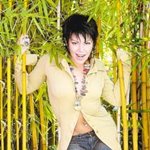 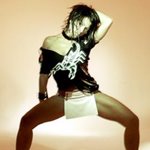 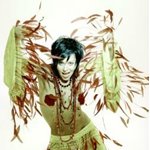 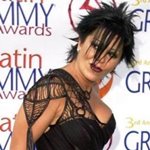 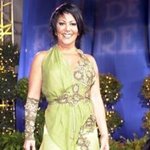 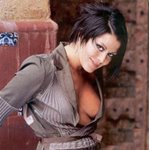