Gilardino started his career for Piacenza Calcio, playing his first match in Serie A against A.C. Milan. Then he was sold to Hellas Verona, for which he played for two season and scoring only two goals but showing plenty of his talent. His career was launched on the international stage in 2002, after he moved to Parma on explicit request of former Hellas Verona coach Cesare Prandelli. He scored five goals in his first season and then 23 goals the next year, when he ranked as second-placed scorer in Serie A in the 2003-04 season. In 2004-05 season, he again scores 23 goals and also ranked as second-placed scorer in Serie A.

He made an estimated £18m transfer to AC Milan on 17 July 2005. Though he has scored seventeen Serie A goals for Milan, he failed to find his offensive form in Milan's 2005-06 UEFA Champions League campaign, as he went scoreless in all twelve matches.

Gilardino has been having some difficulty scoring early on in the season, but he finally scored his first goal in the 06/07 season (with AC Milan) against Internazionale and was able to break his Champions League drought in the 88th minute against Anderlecht, four days later. He also scored a brace against Fiorentina to capture a much needed point for AC Milan.

He scored his second goal in European competition when Milan faced Manchester United in the semifinal of the Champions League. He broke through the United defence and received a through pass from team captain Massimo Ambrosini (replacing the original team captain Paolo Maldini, who was injured). Gilardino stretched the lead to 3-0, ensuring Milan a place in the final. 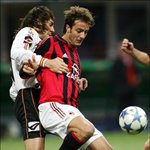 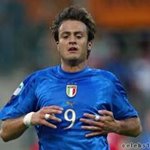 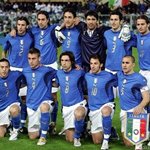 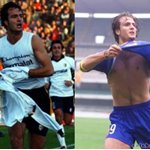 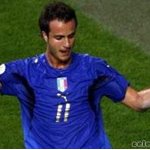 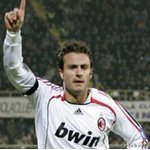 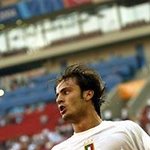