Ubach began her career at the age of 4, playing alongside Henry Darrow in a small independent film, "Los Alvarez". At 17, she made a guest appearance on the television series The Torkelsons. She continued with television guest appearances and also appeared in the supporting cast of the film Sister Act 2: Back in the Habit. In 1993 she became co-star of the children's television program Beakman's World. Her first role in a feature film was that of lesbian Noreen in the film The Brady Bunch Movie.
Since then, she has appeared in a multi-episode 1996 guest spot on the show Party of Five, a performance in the independent film Clockwatchers, and has guest starred in over 25 television shows and a number of independent pictures. In mainstream film, she has played Serena, best friend to Elle Woods in the film Legally Blonde, and the 2003 sequel, Legally Blonde 2: Red, White and Blonde. By 2004, she appeared in over 46 films, including Meet the Fockers as Isabel and Waiting.... She wrote and directed "A Mi Amor Mi Dulce", a gay short which swam in numerous festivals around the world.
Currently she is the voice of Manny Rivera in Nickelodeon's El Tigre.
She is currently working on a coffee table book, a one woman show, and a Warner Bros. television pilot with Tom Werner, Eric Gold, and Jimmy Miller.
She is in the VELCRO TROUPE with Skyler Stone and Zach Johnson. It is a popular sketch troupe with a viral following. 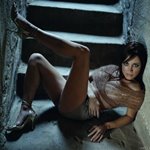 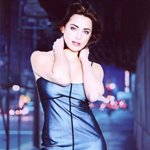 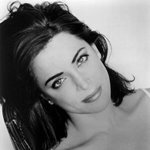