After abandoning plans to be either a minister or a doctor, Canadian-born singer/actor Alan Thicke turned to sports writing, then typed out comedy material for the CBC television network. He moved to Hollywood, where he became a writer and sometime performer on the syndicated Norman Lear series Fernwood 2-Night. He returned to Canada in 1980 to replace talk host Alan Hamel on a popular daytime chatfest. He was successful enough in this endeavor to be invited by onetime network executive Fred Silverman to star in Silverman's first non-network effort, a nighttime variety show titled Thicke of the Night (1983). Despite an enormous publicity buildup, the show was a disaster, for which Thicke adopted a "mea culpa" stance.

Also during this period, his marriage to singer/actress Gloria Loring broke up; thus Thicke felt himself a failure on all counts. He has credited his comeback to producer Ilene Berg, who cast Thicke in the 1984 TV movie The Calendar Girl Murders, which proved to skeptics that the man had talent as a straight actor. In 1985, Thicke originated the role of psychiatrist Jason Seaver in Growing Pains, a popular ABC sitcom which ran until 1994. The following year, Thicke showed up as a preening, bombastic talk show host (could this have been an act of attrition for Thicke of the Night?) on the NBC comedy series Hope and Gloria. Additionally, Thicke has hosted the children's series Animal Crack-Ups (1987-1990), and has composed the theme songs for several other TV series, notably The Facts of Life. Alan Thicke's son is actor Brennan Thicke, best known for providing the voice of the TV cartoon character Dennis the Menace. 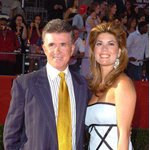 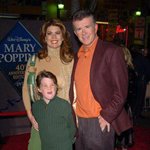 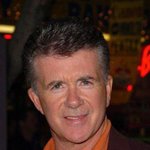 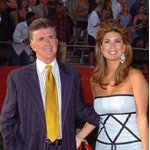