Born in Boston, Rachins attended the Wharton School of Finance. A passion for acting compelled him to move to New York to study with teachers William Ball, Warren Robertson, Kim Stanley and Harvey Lembeck, among others. Over the next decade, he performed in a succession of plays, including the original Broadway productions of After the Rain and H'adrian the Seventh, as well as the original off-Broadway productions of The Trojan Women and the controversial Oh! Calcutta.

In 1972, Rachins put his acting career on hold when he was accepted as a fellow in the writing and directing programs at the American Film Institute. He went on to sell scripts to a variety of shows, including Hill Street Blues, Fall Guy, Hart to Hart and Knight Rider.

Despite these successes as a writer and director, Rachins returned to his acting career with a leading role in Henry Jaglom’s independent film, Always. This critically acclaimed film brought him wide-spread attention and ultimately led to his role on L.A. Law. Rachins continued to working in feature films such as Heart Condition co-starring with Denzel Washington and Bob Hoskins, Paul Verhoven’s Showgirls and Rob Reiner’s North.

Recent theatre appearances include the world premiere of Arthur Laurents’ two-hander “Attacks Of The Heart” at the George Street Playhouse in New Brunswick, N.J. directed by David Saint. At the Cape Playhouse, he played the part of Matthew Harrison Brady in Inherit The Wind. Additionally, he tackled the role of ‘Albin’, the flamboyant transvestite in the famed Jupiter Theater production of La Cage Aux Folles, was seen in Love Letters with Swoosie Kurtz at the Coronet Theatre in Beverly Hills and starred in the Reprise production of Promises, Promises with Jason Alexander, Jean Smart and Alan Thicke at the Freud Theatre in Los Angeles. 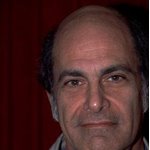