"The only way you can influence your fate is to put your soul into your performance and hope it registers with the audience." Adewale Akinnuoye-Agbaje.

London-born Adewale Akinnuoye-Agbaje began his career in show biz as a model in Milan. In 1992, he moved to the United States where he was featured in Mary J Blige’s "Love No Limit" and EnVogue’s "Giving Him Something He Can Feel" music videos. Meanwhile, he began to win acting roles, starting with guest spots in a 1994 episode of Showtime’s dramatic series "Red Shoe Diaries" and an April 1995 episode of Fox's one-hour urban cop drama "New York Undercover."

The next years, Akinnuoye-Agbaje worked mostly on the small screen. He secured significant roles in the HBO’s searing drama based on a true incident, Deadly Voyage (1996; with Omar Epps and Chiwetel Ejiofor), and in ABC's updated take on Jules Verne's novel, 20,000 Leagues Under the Sea (1997; alongside Michael Caine and Patrick Dempsey). He was also spotted as guest in an episode of the American version of the British crime-drama series "Cracker" (he played a young priest who doesn't remember a series of gruesome murders he may have committed) and in the syndicated television series based at the famous Naval Air Station Pensacola in Pensacola, Florida, "Pensacola: Wings of Gold" (both in October 1997).

In 1997, Akinnuoye-Agbaje landed his first regular role on TV, as the villainous gang leader and drug dealer Simon Adebisi, the fiercest, most powerful, and most violent inmates on HBO one-hour prison drama series "Oz." He stayed on the show until its fourth season in 2000. On his brutal "Oz" character Adebisi, Akinnuoye-Agbaje explained: "I think, essentially, they're the same. But it's just that, in society, you learn to curb your natural instincts when they go too far. In terms of the drive, the determination, the conviction, it's the same. It's just that I don't go killing people, I don't rape people. You curb yourself outside."

During his “Oz” years, Akinnuoye-Agbaje had a recurring role as a Nigerian cab driver in Showtime's drama comedy "Linc's" and co-starred with action star Jean-Claude Van Damme in Peter MacDonald's period drama Legionnaire (1998). He also acted opposite Jane Seymour in the Showtime original biopic Enslavement: The True Story of Fanny Kemble (2000).

2001 saw Akinnuoye-Agbaje supported Brendan Fraser and Rachel Weisz, playing a villain in writer-director Stephen Sommers' blockbuster sequel The Mummy Returns, and appeared in writer-director Shawn Schepps' drama comedy Lip Service (with Gail O'Grady, Jami Gertz and Kari Wuhrer). He followed it up with supporting roles in Doug Liman's spy thriller The Bourne Identity (2002; starring Matt Damon), which was loosely based on the novel by Robert Ludlum, and in David Carson's action-adventure film starring Wesley Snipes, Unstoppable (2004). The subsequent year, He was cast in Jim Sheridan's semi-autobiographical drama about rapper 50 Cent, Get Rich Or Die Tryin', playing the drug kingpin-father figure Majestic, as well as starred as Bull Sharky in Charles Randolph-Wright's musical drama comedy On the One and co-starred with Aishwarya Rai and Dylan McDermott in Paul Mayeda Berges' romantic drama Mistress of Spices.

In 2005, Akinnuoye-Agbaje nabbed his most popular role to date, as Mr. Eko, a former ruthless and vicious warlord in Nigeria, on the ABC Emmy and Golden Globe award-winning survivor drama series "Lost." His character later was killed, and was buried in the episode "I Do," the sixth episode of the show's third season (2006). Being asked about how he grasped the intensity of Mr.Eko, Akinnuoye-Agbaje, who stayed in character throughout the entire day, explained: "The only way I know how to deliver (on set) is to focus; some people can turn it on or off - I'd rather stay in character. There was no socializing. I would start two hours before I went to the set and I wouldn't say any other words other than the ones that I needed to say, that's just the way I work and I think that intensity comes across in my characters."

Akinnuoye-Agbaje is currently filming directors Jimmy Hayward and Steve Martino's animated movie Horton Hears a Who, in which he will provide the voice of Town Crier, alongside Jim Carrey and Steve Carell.

"Well, I get invited to every party, I get women offering me their numbers now, I get magazines asking me if I'm interested in doing covers and articles. I mean, doors are open I thought were firmly bolted. It's all extremely good." Akinnuoye-Agbaje (on his new fame). 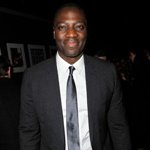 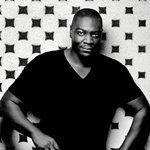 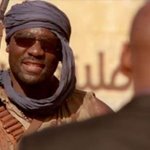 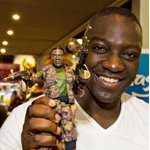 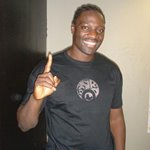 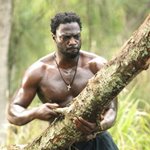 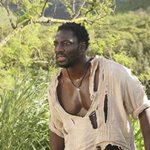