Adam Baldwin once worked as a truck driver before director Tony Bill discovered him. The director handed him the costarring role of Ricky Linderman, the school's most feared kid and Chris Makepeace’s bodyguard, in the drama film My Bodyguard (1980). He followed it up with a small part in Robert Redford’s adaptation of Judith Guest’s novel Ordinary People (1980, starring Donald Sutherland) and got a leading role in Joel Schumacher’s action comedy D.C. Cab (1983, costarring Mr. T), playing a young Southerner who works as a cabbie at a Washington rundown taxi company.

After appearing in the 1984’s Hadley's Rebellion and Reckless, Baldwin went to the small screen, playing roles in the TV movies Pigs Vs. Freaks (1984), Out of Time (1985), Poison Ivy (1985) and Welcome Home, Bobby (1986). He also performed on stage, in a Chicago production of “Album.” In 1986, Baldwin starred as the most feared member of a vicious street gang in Larry Gross’ 3:15 and as a young cop turned wrestler in Bad Guys.

In the film version of Gustav Hasford's novel, “The Short Timers,” Stanley Kubrick's Full Metal Jacket (1987, with Matthew Modine and Arliss Howard), Baldwin won his first notable role of the psychopathic war-loving soldier Animal Mother. In the subsequent years, he landed casts in such films as The Chocolate War (1988), Cohen and Tate (1989), Next of Kin (1989), Predator 2 (1990), Guilty by Suspicion (1991), Radio Flyer (1992, as a drunken and abusive stepfather) and Where the Day Takes You (1992).

More recent, Baldwin starred in Mark Atkins’ creepy, yet inventive shocker Evil Eyes (with Udo Kier and Mark Sheppard) and costarred Camilla Rutherford in Alki David’s real-life based The Freediver (both in 2004). On the small screen, Baldwin recently played a tough, seasoned FBI agent Special Agent Danny Love, in the Fox’s psychological thriller "The Inside" (starring Rachel Nichols) and in the western drama miniseries "Into the West." He also played reoccurring roles in "Angel" (as Marcus Hamilton, final six episodes), "Stargate SG-1" (as Colonel Dave Dixon) and in the animated series "Justice League" (as Rick Flagg). He is currently completing his upcoming miniseries, playing the leading role in an adaptation of Paul Gallico’s novel, "The Poseidon Adventure," which tells about a cruise ship yields to a terrorist act and turns over on New Year's eve. 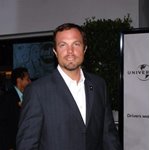 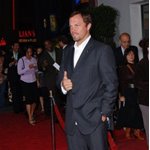 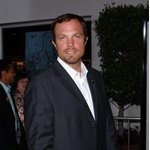 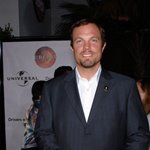 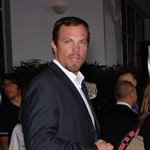 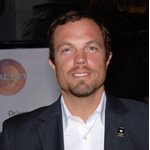 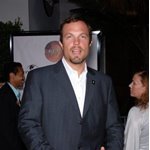