The name has been the reason for endless speculations. Will he? Won’t he? Ever since he returned from his Swiss school and was spotted at functions towering over his petite mother and standing almost shoulder-to-shoulder with his larger-than-life father, he has had movie moghuls flocking to his side. Just about everyone who was anyone had a project lined up for the Small B. And no one had any doubts that he would follow in his father’s footsteps.

Since he was interested in acting and his father Amitabh Bachchan supports his decision, he stopped studying business in United States and joined in Films. As a Son of Legendary actor's will surely make his own place in the industry.

In fact, it wasn’t hard to see the young AB in this AB. The same six foot frame looming large, the same quick wit, the same endearing charm which can draw you closer, and the same Amitabh like aloofness which makes you retrace a few steps. And it all adds up to an enigmatic persona who’s hard to resist. Not surprisingly then his imminent debut has been a topic of discussion. And no one was fooled when his parents insisted that the boy was more interested in the behind-the-scenes intricacies of film-making, that he was much too young for stardom, that he was planning to go abroad for higher studies in another field. Abhishek was destined to be a star.

Now the only thing that remained to be decided was, who would be the chosen one to launch him. After the mega success of Bandit Queen Shekhar Kapur seemed to be the obvious choice. The rumour mills were buzzing overtime till Shekhar took off over the seven seas, more interested in Elizabeth I than Amitabh II. Then Manoj Desai, who heads the Amitabh Bachchan Fan Club, announced that he was going to be launching Abhishek. And papa Amitabh and Shah Rukh Khan were also part of the cast. However, the initial excitement was quelled by a quick denial. The next name on the list of can-bes was Ketan Desai's. The son of Manmohan Desai who had given Amitabh some of his biggest blockbusters. Ketan was his father’s son and Abhishek was his father’s son too. Their teaming seemed right.

Jaya Bachchan admits that Ketan will be making a film with Abhishek. But it won’t be Bachchan junior’s first. That honour goes to JP Dutta who came out of the wilderness with his war epic Border, a film which got him rave reviews, several awards and an A1 rating from the Bachchans. So JP it will be who will chart Abhishek’s path on celluloid. And the choice of subject for Bachchan junior’s launch vehicle had intrigued many. Aakhri Mughal was Kamal Amrohi’s unfulfilled dream. A dream he’d planned with Amitabh at one time.

It is only right that Abhishek Bachchan who, today, is a star without an image, lives out that dream. And no, papa or mama won’t be joining Abhishek in front of the camera. It’ll be the thespian Dilip Kumar who’ll keep him company. That’s enough to make any newcomer quake. But then, Abhishek isn’t just any newcomer. He’s Abhishek Bachchan, who may not have been groomed for stardom, but he certainly is destined for it. And as JP says, "He has the right attitude... and the makings of an outstanding actor."

Sunil Shetty at a suburban studio, got the first inkling of the new star pair. "They are very good. My God, you just have to see the job Abhishek has done in the film. It's absolutely super."

"He is very much his own actor," said Sunil. "Of course, there are moments when he is his father's son, but that's not because he's been influenced, it's more due to the fact that it's in his genes, both from his father as well as his mother."

And that is ONE MAJOR FACT THAT CANNOT BE DENIED! Abhishek is not just a Bachchan! There is as much Bhaduri in him and that combination of talent amalgamated in one person, could be quite awesome.

On the other hand, the pressure of measuring up to your talented parents, could also be quite a strain. How was he facing up to this fact? We got an answer from a member of the cast who wished to remain anonymous.

"Abhishek does not once forget where he comes from or whose son he is. But when it comes to his work, he's taken the best of both and combined it with a talent that is his own and the result will soon be there for all to see. I feel it's quite awesome."

A close family friend, Rinke Khanna, when once being asked about dealing with parental pressure, had this to say of Abhishek. "I think it's very unfair to make comparisons. Jaya aunty is an awesome actress and Amitabh uncle is fabulous as well. But when it comes to Abhishek, I'm sure he's going to have his own brand of super talent as well! I'm certain he will make his parents very proud."

Of course that he makes his parents proud, is very apparent at the public gatherings and social parties that people have seen him at. He's the epitome of a gentleman and like his father and grandfather before him, Abhishek is a complete ladies man as well.

One highly impressed socialite remarked. "In today's day and age, where youngsters barely wish you leave alone have a conversation with you, Abhishek is so different. It's always such a pleasure meeting him. He's polite, has a wonderful, dry sense of humour and the best part is, that you know he's not doing it to impress you. It's just so natural in his case."

Yet another lady, Bubbles Behl who also happens to be a close friend of the family and the producer of one of Abhishek's forthcoming films titled Bas Itna Sa Khwab Hai, had this to say... "He is a wonderful boy, very down to earth with absolutely no hang-ups. He's very well brought up and a thorough gentleman. I've seen him right from childhood and I feel Amitabh and Jaya have given a lot of time to their kids. As an actor, he's very intelligent and very good, especially the way he delivers his dialogues!"

People who know Abhishek also feel the same way. One such person commented... "By and large, the film industry has a pretty fake outward attitude, which works for them. I feel Abhishek has an attitude that is genuinely polite and could never be a put-on. He is an introvert but the friends he makes are for life. Abhishek will give his life for his family and friends."

Talking about being a ladies man, is he flirtatious by nature?

"I would call it charming," clarified the socialite. "Abhishek flirts with such elan that all you can think of him as is charming! He certainly has a wonderful manner whereby he makes those he's dealing with, comfortable."

Is there another side?

According to his mother, Jaya Bachchan, there is. Sometime ago, one was curious to know whether a gentleman like her son, had a temper.

"Of course he does," she said emphatically... "Abhishek is a fabulous son, but like every other child, there have been a few exasperating moments." Some say Abhishek is more like his mother by nature, though outwardly, he seems to be a real chip off the old block! A close family friend put some perspective on this subject. "Abhishek has a lot of both his parents but yes, people who are close, know him to be loving and friendly like Jaya. But he certainly has his father's dry sense of humour. I think it's quite a combination."

CINÉ BLITZ also got in touch with Anupam Kher, whose acting classes Abhishek has attended. "He's a thorough professional," was Kher's observation of the newcomer. "He has a combination of both his parents' talent, but he knows that in order to prove himself, he will always have to work very hard!"

Kiron Kher, who has known Abhishek ever since he was a "little kid", has always known him as, "very warm and affectionate. He always participates in a conversation and is very talkative with the people he knows."

"I wouldn't know all that but what I do know, is that he enjoys watching good movies."

Was entering films a natural choice?

"I would imagine it was a very natural decision, especially since he hailed from a film family. Added to this, he is also a very good looking boy!"

What about the parental comparison and pressure he will have to face?

"The pressure for any star kid is there, and I'm sure Abhishek is aware of that. But I think he will take it with a pinch of salt. I feel he's excited and very keen to work, and that's all that it takes."

Wouldn't people's expectations be very high, considering who his parents are?

"I know that people expect and make comparisons. But I wish they wouldn't judge his debut work as against his parents' first films. It's unfair to judge his work to the vast body of work that his parents have done. The child is a different individual. He is an amalgamation of different experiences that he has faced and felt. That in itself makes him different from his parents."

If the industry is to be believed, then Abhishek Bachchan will not disappoint, no matter what the expectations are. And he will emerge as the rightful heir to the awesome legacy his parents have left behind! 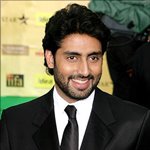 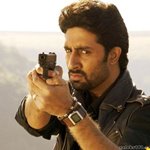 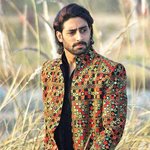 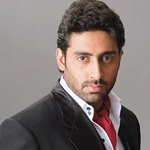 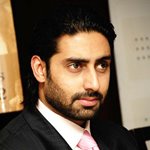 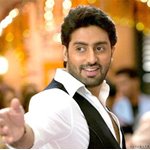 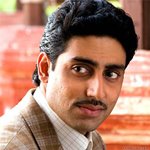