Abby Wambach is an American professional soccer player, coach, two-time Olympic gold medalist, and the 2012 FIFA World Player of the Year. She currently plays for Western New York Flash in the National Women's Soccer League and for the US Women's National Soccer Team. She played college soccer for the University of Florida, where she was a member of a national university championship team and was recognized as a three-time All-American. A five-time winner of the U.S. Soccer Athlete of the Year award, she has been a regular on the U.S. women's national team since 2003. Wambach, a forward, currently stands as the second highest all-time goal scorer for the USA Women's National Soccer Team, after Mia Hamm.

In 2002, Wambach was the second overall draft pick for the WUSA's second season. She went on to play for the Washington Freedom rather than completing her degree at Florida. After leading all first-year players in scoring in the league, Wambach was named WUSA Rookie of the Year in 2002. She was Washington's leading scorer with 10 goals, 9 assists and finished tied for fourth for scoring in the WUSA the same year. Her contributions in Washington, playing alongside forward Mia Hamm, helped to propel the Freedom to a victory in the Founders Cup III (the WUSA championship match) in 2003, where Wambach was named the MVP. In the Women's Professional Soccer allocation draft for the 2009 season, Wambach was assigned back to the Washington Freedom. She was voted WPS Player of the Week for the week of April 26 (Week 5) after scoring two goals in the Washington Freedom's 4–3 victory over the FC Gold Pride, the Freedom's first victory in the new league.

On May 3, 2009, in the Freedom's next game, she received a yellow card for a tackle on St. Louis Athletica midfielder Daniela that left Daniela with two damaged knee ligaments and a crack in the tibia and sidelined her for the rest of the season. Wambach was suspended for one game after the challenge was reviewed by the WPS commissioner. She won the WPS Player of the Week award for the week of July 28 (Week 18) for scoring two goals against the Chicago Red Stars and Sky Blue FC and for the week of Aug 11 (Week 20) for scoring two goals and having one assist against the Sky Blue She ended the 2009 season with eight goals—more than any other American player in the WPS. 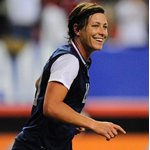 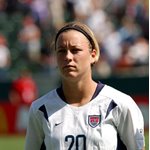 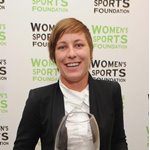 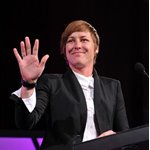 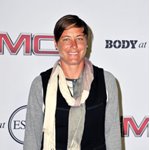 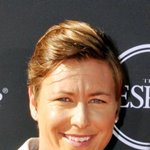 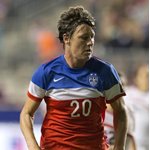