Aad van den Heuvel (Sliedrecht, 28 June 1935) is a Dutch former journalist and program creator.
Aad van den Heuvel studied after HBS for sports, but sports was freelance for various newspapers. In 1959 he came to the KRO along for an interview with director Jan Castelijns, which was in the assumption that Van den Heuvel was applying. He was immediately adopted. The name of a new topical section suggested Van den Heuvel Focus. "Beautiful", Castelijns replied, "because we Focal of." And Focal was born.
In 1973, Van den Heuvel reporter and presenter of Focal, and traveled in that capacity throughout the world. Focal made name with extensive reports. Reporters were more Willibrordhaeghe Frequin, Ed van Westerloo, the Fons Poel and Ad Long Bent.
After 1973, Van den Heuvel a number of special programs, such as JCJ of Speyk Show, Italic, and the All is Anders show, later followed by The Far from my bed-show and KRO's Afternoon Edition. He achieved great renown in the late eighties, too, still!. Van den Heuvel was the anchorman of humorous consumer program, which was further supported by Sylvia Millecam, Erik van Muiswinkel, Hans Böhm and Gregor Frenkel Frank.
In 1997 he made the mockery of the Vulture program New KRO. The program was a combination of serious interviews, and persiflages column. Here were also the Coen of Free Berghe Coningh, Wivineke of Groningen, Floris Fred and Han Oldigs them.
Through his many travels had Van den Heuvel a broad look at the world so. He regretted that long reports on the Third World, as he was for Focal, increasingly seen on television. This dissatisfaction motivated him to create the new broadcasting, which was broadcasting in 2005 after they Nutopia was merged into Llink.
Aad van den Heuvel, the following crime novels written: The Disappearance - Stone Age-a Far Killer - The Mystery Monet - the Sahara Riddles. He is the author of Willem Bosman in gold and slaves and this was Focal Good Evening.
Aad van den Heuvel is married to director Annette Kentie. He is the father of the journalists Mark van den Heuvel (Sportweek) and Caroline van den Heuvel (EenVandaag). 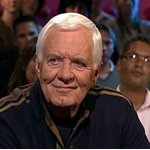 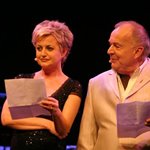 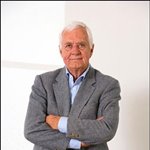 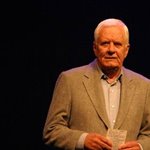