AJ was born on the 16th day of September in Evansville, IN. AJ is her nickname for Amanda Jane which was given to her from her grandparents as a young child because of her tomboyish side that excelled in sports. She played sports including softball, basketball, golf, soccer, horseback riding, and gymnastics from an early age of 4 all the way through high school were golf and softball were the two she lettered in. Even though AJ preferred the outdoors, getting dirty, and chasing her friends with a worm, she always stuck to her girlish ways. She had always dreamed of being a model and seeing herself gracing the pages of a magazine or having a role in a movie or on television.

At the age of 8 she began doing a handful of commercials for her family owned business, Putt-Putt Golf & Games. She always loved the camera just as much as the camera loved her, but, AJ was always limited on pursuing her dream because of living in Indiana where there isn't much for a career in acting/modeling. After years of doing local gigs, she was introduced to the World of internet modeling.

After she graduated from the University of Southern Indiana, AJ moved to Dana Point, CA in Orange County. She worked as a Dental Assistant in Newport Beach putting modeling on the side. One day out of the blue, she got a phone call from her friend/photographer, Ron Harden, from Boston saying that a movie producer loved her photos on his website and wanted AJ to audition. AJ went to the audition as she met Warren Zide, producer for American Pie/Final Destination. Fate came her way as she landed a role as a deaf DJ along side Matthew Lillard, Efren Ramirez, and Tom Arnold. During filming, AJ met Miss August 2001 Jennifer Walcott. Jennifer saw the inner and outer beauty of AJ and saw her potential to become a Playboy Playmate. AJ always had a desire to become a Playmate as she had already appeared in Playboys Sexy100 issue as well as Hot Housewives. So Playboy wasn't new to AJ, but she took in Jennifer's help and became Playboy's Miss May 2008. Now, AJ is riding the path with Playboy and continues her journey in modeling and acting. 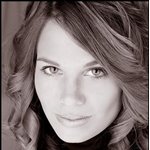 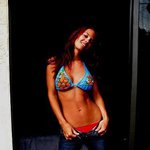 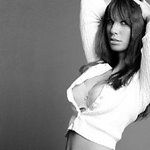 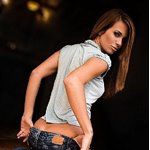 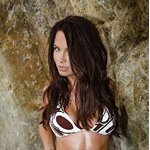 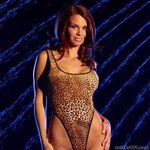 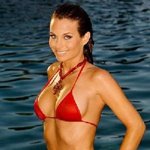 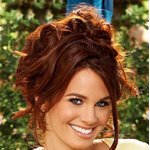 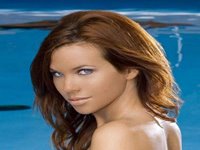